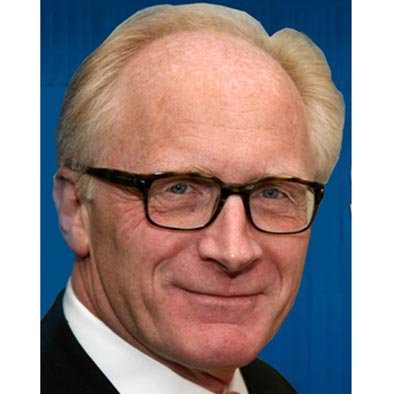 The UN envoy to Afghanistan says the presidential election run-off will take place in two weeks, despite rumours of talks between the two candidates, BBC reported.

Kai Eide told the BBC that people would vote under extremely difficult circumstances, but that he believed the right plans were being set in train.

It had been hard to get President Hamid Karzai to accept a run-off, he said.

Earlier, there were indications that Mr Karzai and his rival Abdullah Abdullah were discussing a power-sharing deal.

The UN meanwhile announced that 200 top officials who had allegedly been complicit in electoral fraud in August were being replaced.

In an interview with the BBC's Lyse Doucet, Mr Eide admitted that there had been difficult days of discussion in Kabul to convince President Karzai to accept a second round vote on 7 November.

There were still strains, he said, between Afghanistan and its foreign partners, but added that it was now time to look forward.

The UN special envoy said the run-off would be held under extremely complicated circumstances, but that he believed the right plans were being put in place to limit fraud and ensure the vote was credible.

Polling stations where significant fraud had occurred would not reopen, and individuals involved in vote-rigging would not be hired again, he added.

"But let us not be under any illusions, we cannot make any dramatic changes in the course of two weeks," he said.

Mr Eide said UN officials and the Afghan Independent Election Commission (IEC) had been planning for the possibility of a second round for weeks.

"All the material we need has been brought into Kabul; it will now be flown into the provinces. Then we will discuss the security plans," he said.

"Remember, we do have some experience to base ourselves on, so I believe that with planning and carrying it out on 7 November, that it's possible."

When asked about rumours that Mr Karzai and Mr Abdullah were discussing a deal that would replace a run-off, Mr Eide said Afghans had to make up their own minds and move forward, but that as of now the poll would go ahead.

"I believe that those elections will take place, talking to both candidates and their people [on Tuesday], there is a firm determination to go ahead, and to make sure that whoever is elected has the 50% required by the constitution," he added.

Mr Abdullah told the BBC on Tuesday that a coalition government was unlikely, but added that if elections proved impossible for "practical reasons" the two rivals needed to talk to find an alternative solution.

Mr Eide has been under considerable pressure in recent weeks, accused by his former deputy, Peter Galbraith, of failing to deal with the widespread fraud.

But he insisted his faith in the UN-backed Electoral Complaints Commission (ECC) had been proven right - the process had worked.

Mr Galbraith's very public criticism, he added, were now a "footnote in the history of the Afghan elections".

"There have been lies, there has been slander, but in the end that is a small footnote and I have had to accept such criticism," he said.

But on Monday the UN-backed ECC ordered that ballots from 210 of the 380 electoral districts be discounted.

This meant Mr Karzai's total was reduced to below the threshold required for outright victory - 50% plus one vote - indicating a second round was needed.