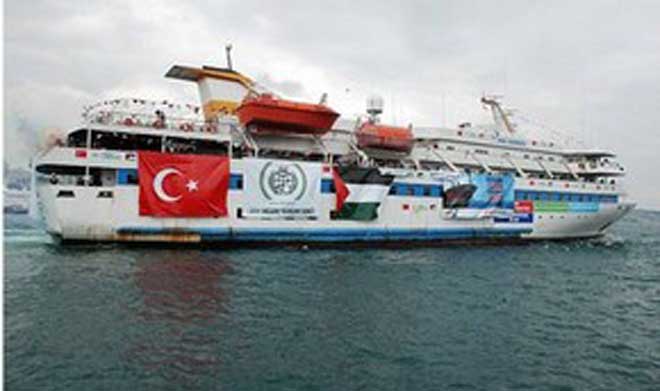 Six Italians on the aid flotilla destined for the Gaza Strip are being held in Israel, Italian officials said Tuesday.

Italian Foreign Minister Franco Frattini said he hoped the group would be released "as soon as possible", DPA reported.

"The Israelis say they are holding those who refused expulsion orders," served against them, Frattini said in a interview on television news programme TG Uno.

They were being held in Ashdod, a port city south of Tel Aviv along with many of the 480 people who were on the flotilla when it was attacked by Israeli forces.

Netanyahu says peace plan would be base for negotiations: Trump
US 28 January 21:51
Latest