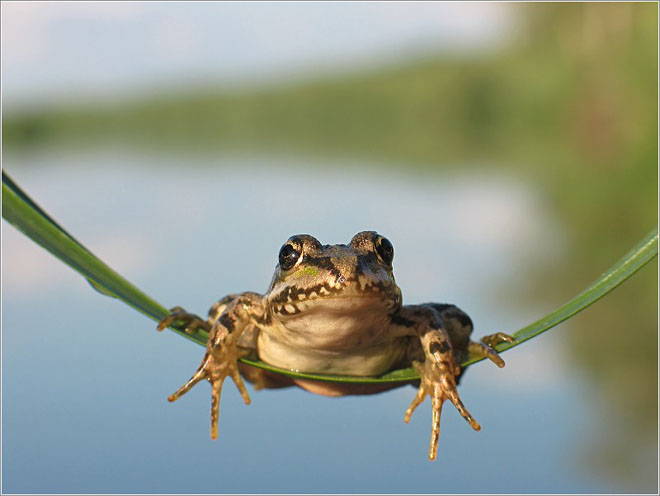 Foreign tourists would jump at the chance of clubbing to death the cane toads that threaten to overrun the tropical north of Australia and render native species extinct, officials claimed Thursday, DPA reported.

An estimated 92 million of the poisonous pests live in the Northern Territory - 418 for every man, woman and child there - following their migration from Queensland, where they were introduced by farmers last century to gobble up the cane beetles that were damaging crops.

"Having the people who are visiting in terms of tourists out there helping would be a fantastic experience for them, and it would add hugely to your experience with native wildlife," environmentalist Graeme Sawyer - who is also lord mayor of Darwin, the territory's capital - told the public broadcaster ABC.

Sawyer - who is coordinator in Darwin for FrogWatch, a group that provides information and monitors the amphibians - said foreign tourists had volunteered to help in cane toad-eradication drives in Queensland and Western Australia but that Northern Territory authorities had fought shy of encouraging them to pick up a golf club.

On a single day in Queensland last year, 10,000 toads were collected and popped in freezers to kill them before they were turned into liquid fertilizer that was sold to fund the eradication drive.

Animals, even those bigger than dogs, die from the poison that cane toads excrete to ward off prey.

Sawyer has joined those calling for the government to offer a bounty on cane toads that would make them more lucrative to collect and hand in than aluminium cans for recycling.