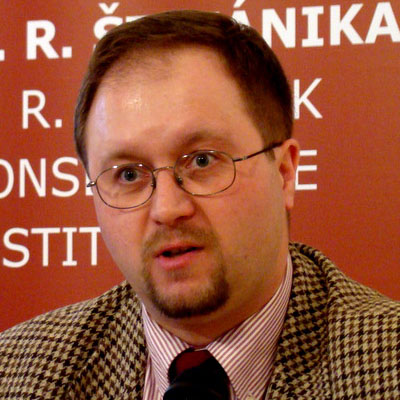 "President Medvedev knows that Russia has nothing to worry about. So, what is his "muscle-flexing" statement? He "flexes the muscles" for Russian internal, elections purposes, to demonstrate he deserves to be the next Russian Prime Minister," Joch told Trend on Saturday.

The United States announced it stops to observe its commitments before the Russian Federation under the Common Force in Europe (CFE) Treaty.
The White House took the decision after four years of unsuccessful attempts to persuade Moscow to observe the terms of the agreement Russia had left in 2007. As a response, Russian President Dmitry Medvedev on November 23, 2011 made an unprecedented tough statement relating to US missile defense spread in Europe.

The President announced a series of military measures he said Russia will undertake as a response. Medvedev decided to report these plans to public after his failed talks with Barack Obama at a recent summit of the APEC. In addition, Medvedev threatened to cancel the new Strategic Arms Reduction Treaty (START-II) Russia had concluded with the US at the end of 2010.

"Not only Obama's missile defense plans are impotent, but even more: there will be no money for even such a modest Obama's plan in the U.S. Dep. of Defense (Pentagon): budget cuts, after the budget "super-committee's" failure in the U.S. Congress, will mean defense cuts. No missile defense under Obama," the expert said.

"Obama scaled-down missile defense in Europe, expected Russian help on the Iran issue - and received what? Nothing: no help against Iran, and Russian ingratitude. Those are the wages of appeasement. Obama's foreign policy towards Russia failed," he said.

Perhaps, a new administration in Washington will extract lessons from the existing situation and, sooner or later, it will proceed with real missile defense system, Joch noted.