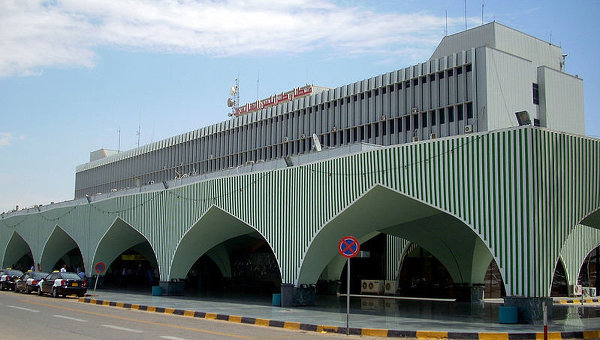 Eastern Libyan authorities forced a civilian flight to land for security checks soon after it had taken off from a city controlled by their rivals in the Tripoli government on Thursday, authorities said, Trend reports citing Reuters.

The 90-minute stoppage of the Libyan Airlines flight underlined the warring sides’ competition for control of Libya’s institutions and infrastructure - part of a rift that has frustrated U.N.-led peace efforts.

The flight took off from the western city of Misrata and was ordered to land at Benina airport in the eastern city of Benghazi, an official at Benina told Reuters. It was then allowed to fly on to Jordan, he added.

The General Secretary of Transportation in Eastern Libya had ordered stoppages and checks on all flights traveling over eastern territory from either Misrata or Tripoli’s Mitiga airport to Jordan, Egypt, Saudi Arabia and Sudan, the airport official added.

He did not give details of the reasons.

Libya has been split between rival camps based in Tripoli and the east since 2014, a result of the divisions that surfaced when Muammar Gaddafi was overthrown in a NATO-backed uprising three years earlier.

The eastern-based Libyan National Army (LNA) force, led by Khalifa Haftar, launched an offensive in April for control of the capital and has been battling forces aligned with the Tripoli government.

Libya’s U.N.-backed Government of National Accord, based in Tripoli, said the Libyan Airlines flight had 105 passengers on board.

Its transportation ministry condemned the stoppage as “unprofessional and incompatible with the terms and laws of international civil aviation.”

The stoppage delayed flights and inconvenienced passengers, most of them patients and elderly people who were going abroad for treatment, the ministry added.

Mitiga, Tripoli’s only civilian airport, has been closed to flights since the beginning of September after it was hit by air strikes and shelling, though officials say it will reopen soon. Flights have been redirected from Mitiga to Misrata.