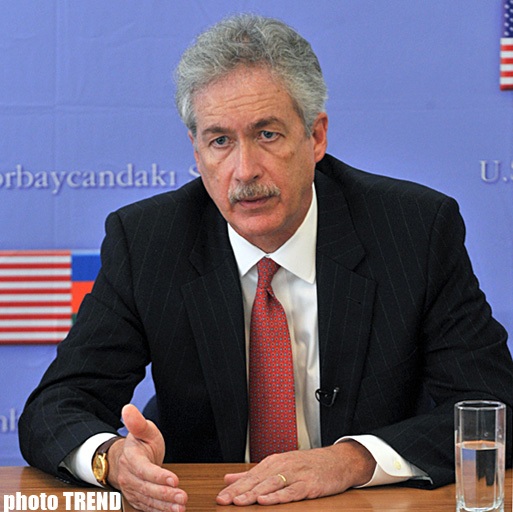 A delegation from the United States held talks with Turkish officials in Ankara on Monday to discuss the latest economic sanctions on Iran to pressure the Islamic republic to abandon its nuclear program the West believes is a front for developing nuclear weapons, Today's Zaman reported.

US Deputy Secretary of State William Burns had separate talks with Foreign Minister Ahmet Davutoğlu and Turkish Foreign Ministry Undersecretary Feridun Sinirlioğlu and discussed unilateral sanctions by the US on Iran due to its controversial nuclear program as well as other regional developments.

Iran, which says it only seeks to harness nuclear energy for energy production and research purposes, has sharply increased its threats and military posturing against stronger pressure, including the US sanctions targeting Iran's Central Bank in an attempt to complicate its ability to sell oil. Tehran also has been angered by the West's efforts to sanction Iran over its nuclear program, including a possible ban on European imports of Iranian oil.

President Barack Obama approved new sanctions against Iran a week ago, targeting the central bank and its ability to sell oil abroad. The US has delayed implementing the sanctions for at least six months, worried about sending the price of oil higher at a time when the global economy is struggling.

Burns' visit came days after Davutoğlu visited Tehran to discuss, among other things, the nuclear standoff between Iran and the West. Davutoğlu offered to host the next nuclear talks in Turkey -- a move Iran welcomed.

Turkey is bound by UN sanctions against Iran, though it opposed the last round of measures in 2010, and it insists it is not obliged to follow non-UN sanctions.

Turkey is also evaluating whether to seek a waiver from the US to exempt Turkish oil importer Tüpraş from the new US sanctions on institutions that deal with Iran's central bank.

US ally Turkey is among the biggest importers of Iranian oil and gas. It gets about 30 percent of its oil from neighboring Iran, and Tüpraş, Turkey's biggest crude oil importer, is a big purchaser of Iranian crude.

Turkish diplomats said Burns and Turkish officials also discussed the Cyprus problem, the unrest in Syria and the political instability in Iraq.