"First the Syrian regime bombs the opposition fronts and then, following the bombing, ISIL elements enter the area. So we are seeing open cooperation," Davutoğlu said on Saturday, speaking at the sixth Ambassadors Conference in Mersin.

The conference, organized by the Foreign Ministry and attended by all of Turkey's ambassadors, kicked off in Ankara last week before moving to Adana and Mersin.

When asked about the fighting between ISIL and the Free Syrian Army (FSA) along the border and if Turkey is affected in any way, Davutoğlu said Ankara is following these developments because of the security risks they pose. While the Syrian regime is in cooperation with ISIL, the Syrian opposition is trying to cope with the relentless bombings by the Syrian regime and also battle ISIL, Davutoğlu added.

"Any instability in Syria will affect Turkey. Therefore, we see the benefits of the FSA and affiliated groups taking control after the regime loses control in the north. The arguments claiming Turkey supports terrorism are completely about manipulating Turkey. Turkey is against al-Qaeda," Davutoğlu said on Sunday, speaking to diplomatic correspondents after the end of the Ambassadors Conference in Adana. He added that Turkey is closely following the developments along the border.

Syria's main opposition group the Syrian National Council (SNC) agreed on Saturday to attend the peace talks, which will start in Switzerland on Wednesday. The talks are aimed at finding a political solution to the three-year-long conflict. With this move, the SNC bowed to Western pressure to attend the conference, which the Syrian regime will also attend.

Davutoğlu pointed out that Syrian Foreign Minister Walid Muallem, in a letter to UN Secretary-General Ban Ki-moon, had said the Syrian regime will attend the Geneva II conference but that the regime's agenda will be terrorism.

"This actually means not attending on their part. For months they have said they will attend without preconditions, but they are now setting preconditions," said Davutoğlu.

Turkey, a staunch supporter of the Syrian opposition, insists that Geneva II should make it clear that Syrian President Bashar al-Assad will have no place in Syria's future, in line with the conclusions of the Geneva I conference held in 2012. The first Geneva conference called on the Syrian government and the opposition to form a transitional government "by mutual consent," a phrase Western opponents of Assad say rules out any role for Assad. Russia, a sponsor of the plan, however, disputes that view. 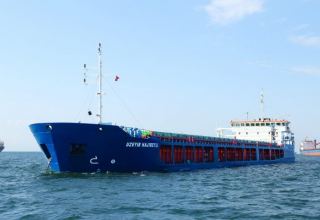