Turkey’s defense industry to be nationalized 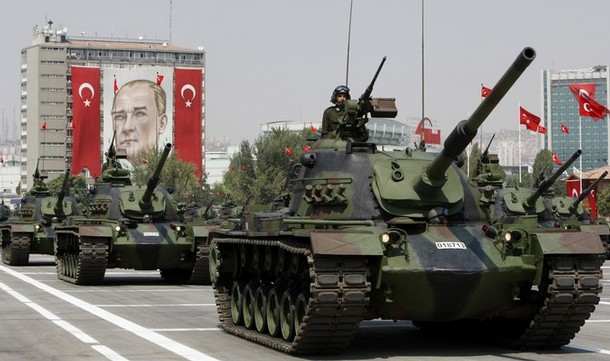 He made remarks after the meeting with representatives of the country's defense and law enforcement agencies, Turkish TRT Haber TV channel reported March 9.

Turkey has achieved a significant success in the field of defense industry in recent years, he said.

Turkey fully eliminates the dependence on other countries in this field, according to the minister.

In 2015, the production in Turkey's defense industry increased by 35 percent, said Davutoglu.

It was previously reported that Turkish Armed Forces Foundation (TSKGV) directed 70 million Turkish liras for the development of the national defense industry.