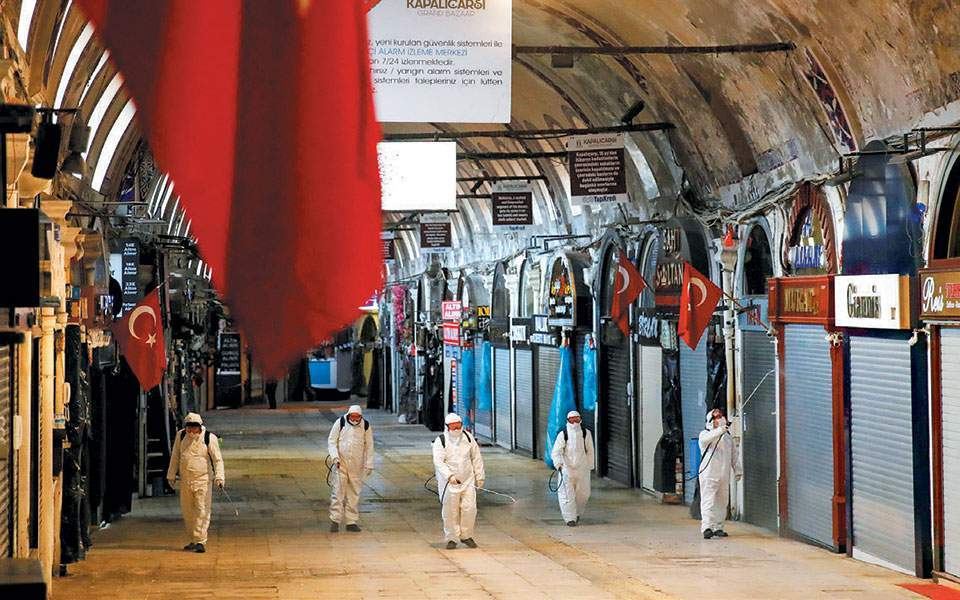 According to the data, the number of cases per 100,000 people in Istanbul recorded a jump to 111 from 89 compared to the previous week, while Ankara’s caseload increased to 54 from 39 as Izmir’s coronavirus cases hit 66 from the previous week’s 53.

The data also showed that northern provinces in the Black Sea region still have the highest ratio of coronavirus cases to healthy people.

Northern Samsun province currently ranks first in the number of coronavirus cases with 348 patients for every 100,000 citizens – a significant increase from the previous week’s 262.

Meanwhile, northern Sinop province registered its biggest weekly increase with a jump to 314 from the previous week’s 160.

There was also good news in the region, Ordu province recorded a drop in cases, reporting 280 compared to the previous week's 301.

Uşak province is an exception being that it is the only “blue” city, meaning that it is among the towns with the least number of cases in the western region of the country.

Other than Uşak, all other “blue” cities are located in the eastern and southeastern parts of Turkey, which all have below 35 patients in every 100,000 citizens.

Even though the eastern and southeastern parts of the country continue to enjoy relative calm, things are more complicated in the big cities, especially Istanbul.