From May 3, 2017 as a support of international cycling tournament “Tour d’Azerbaijan”, organized by the Cycling Federation of Azerbaijan dedicated to the 94th birth anniversary of the National Leader Heydar Aliyev, AtaBank OJSC’s mobile ATM “AtaMatik” accompanied the participants during the event. For 5 days in Baku, Sumgayit, Gabala, Oguz, Shaki, Shamakhi, Ismayilli, Pirgulu and other regions all participants, fans, media representatives were able to make various banking operations via AtaMatik – mobile ATM of AtaBank OJSC. Everyone was able to make cash, non-cash and other banking operations via “AtaMatik”.

Regularly offering its customers innovative technological opportunities AtaBank OJSC’s Chairman of the Board Dayanat Guliyev said that the Bank was honored to provide banking services in such an influential competition like the “Tour d’Azerbaijan” international cycling tournament with sponsorship of Synergy Group. 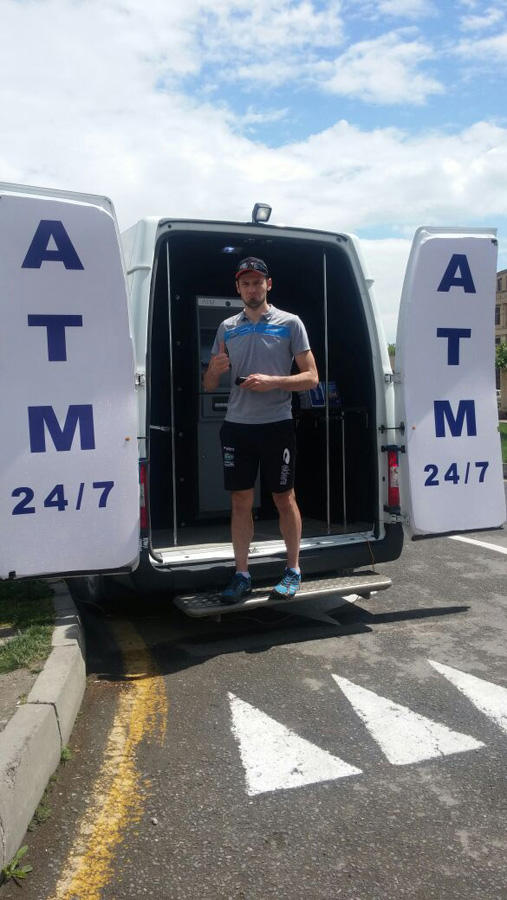