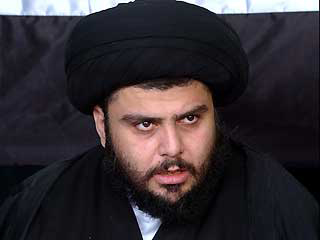 The leader of the Iraqi political movement "As-Sadri" Mukhtada As-Sadr called on Iraq's Prime Minister Nuri Al-Maliki to resign due to his inability to fight against growing cases of violence and acts of terrorism in the country, "Al-Jazeera" TV channel reported on Monday.

As-Sadr made the appeal after armed attacks were committed against two prisons in Baghdad, the capital of Iraq recently. As a result of the attacks, 3 people died and 15 prisoners were injured. .

It was also reported that, as a result of attacks, nearly 1,000 prisoners managed to escape.

As-Sadr called Iraqis to stage an upheaval against Al-Maliki and his government due to his inability to stop terrorism in Iraq, which ends hundreds of lives each month.

US resumes military operations with Iraq after 2-week pause
US 16 January 08:01