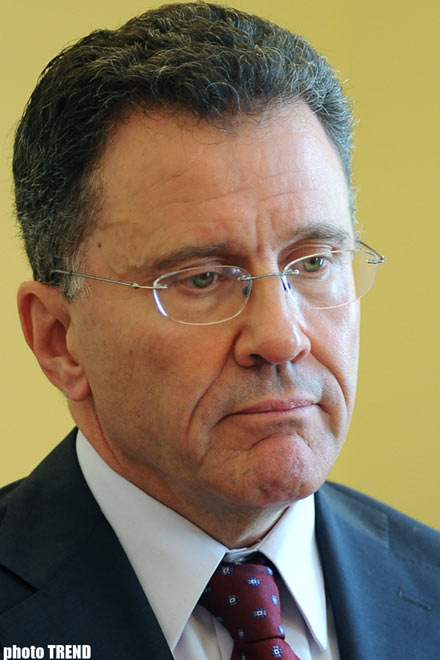 Azerbaijan, Baku, 17 July / Trend , corr S. Agayeva/ The Azerbaijani government has asked France who presides over the European Union since 1 July to the end of year, to call on EU member states to support energy projects of Azerbaijan, Gabriel Keller, Ambassador of France to Azerbaijan said to media in a press conference in Baku on 17 July.

"The bilateral and multilateral talks on this issue in France-Azerbaijan and EU-Azerbaijan format are going on. The only reason of the lingering is that EU includes 27 states and the consent of all of them is required for this purpose," Gabriel Keller, Ambassador of France to Azerbaijan said in a press conference on 17 July.

France, as EU chairman, believes Azerbaijan is a country which will insure EU's energy security, Ambassador said. According to Ambassador, France supports Nabucco transport project in which the French companies are also interested.