Prince Albert II of Monaco was informed that the centre is a cultural complex designed by Iraqi-British architect Zaha Hadid.

The Center houses a conference hall with three auditoriums, a library and a museum. The project is intended to play an integral role in the intellectual life of the city. Located close to the city center, the site plays a pivotal role in the redevelopment of Baku. The Center is engaged in studying and promoting the statehood policy and heritage of national leader Heydar Aliyev.

The center implements projects to popularize history and culture of Azerbaijan all over the world.

Then the Azerbaijani First Lady and the Prince of Monaco had a meeting.

They discussed preparatory work for the Baku 2015 First European Games, holding the joint concerts, as well as organization of the Princess Grace Exhibition at the Heydar Aliyev Centre.

They also exchanged views over what the Heydar Aliyev Foundation had done in the fields of culture and education.

Prince Albert II of Monaco, in turn, said he was aware of the annual Mstislav Rostropovich music festival in Baku. 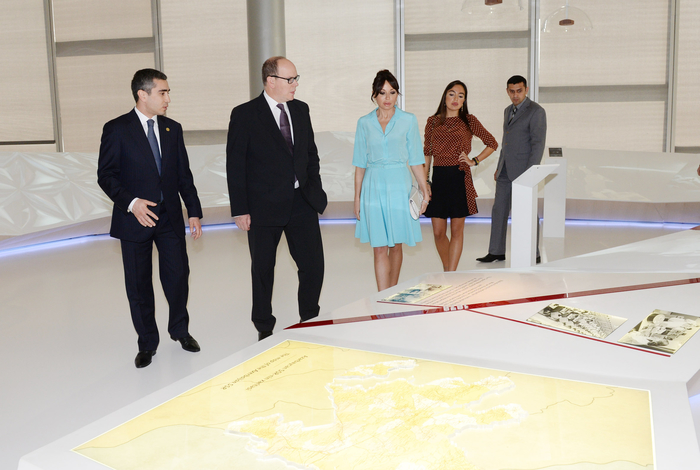 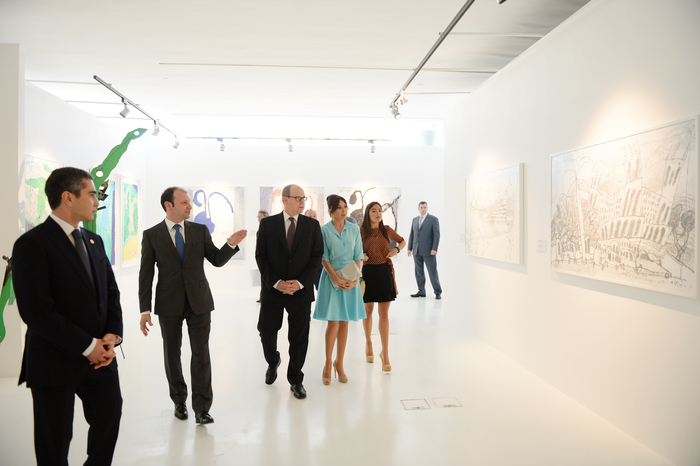