Iranian Defense Minister Hossein Dehgan and other officials attended the presentation ceremony, which was held on the day of liberation of Iran's city of Susangerd, that was captured by Iraq during the 80's Iran-Iraq war.

He also said the UAV can fly at an altitude of 25 000 feet, has a flight endurance of 16-30 hours, and effective operational radius of 2000 kilometers.

"The UAV can carry out reconnaissance and surveillance missions, as well as perform combat operations, being armed with air-to-surface missile type rockets," Dehghan said.

The minister went on to add that "Fotros" will be used for surveillance of sea and land borders, oil and gas pipelines, as well as monitoring of post-earthquake disaster areas.

"The UAV has undergone a number of tests, that it passed successfully," Dehghan said. 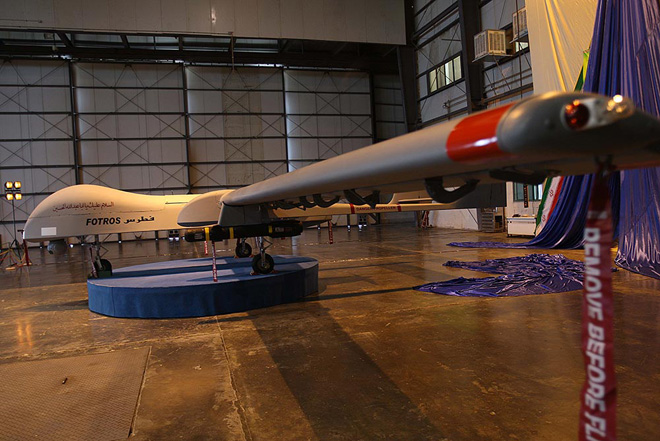