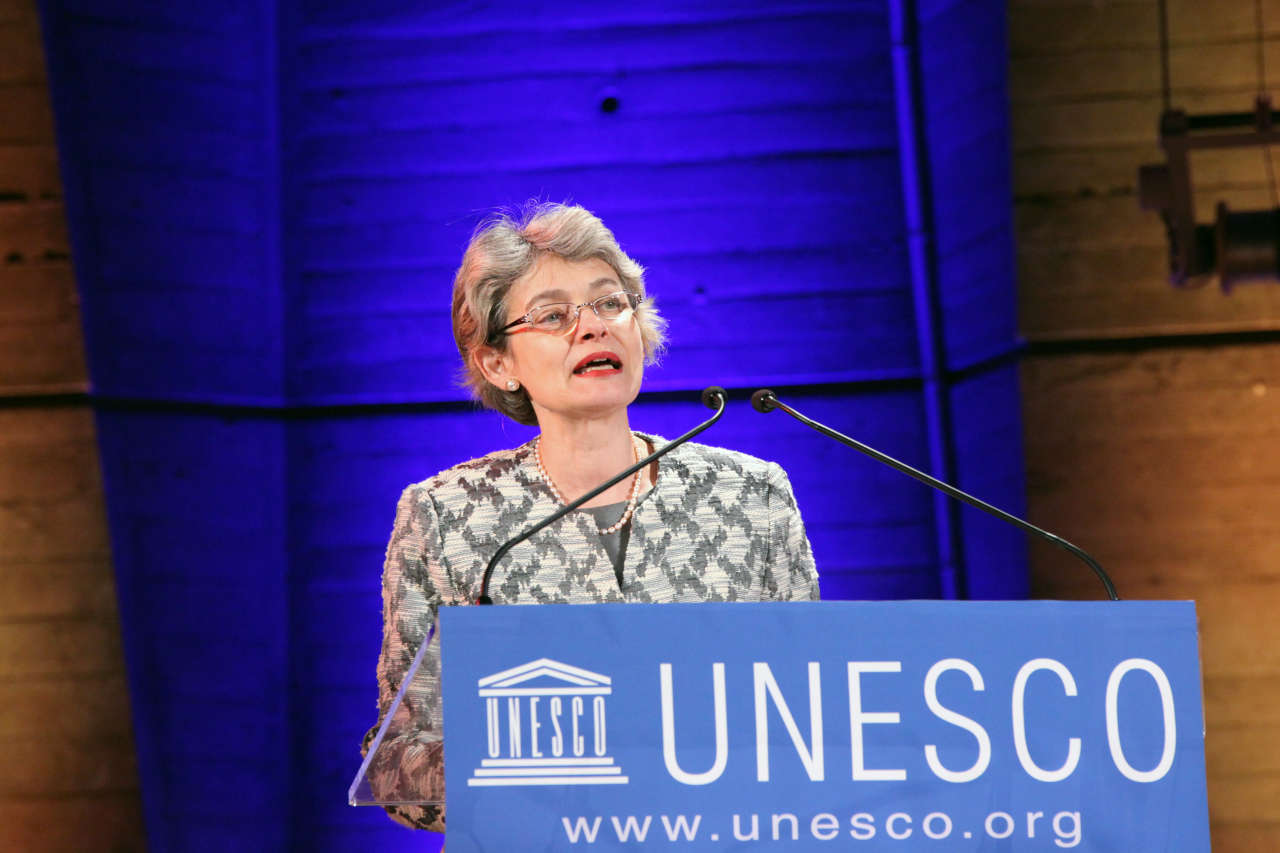 The so-called Islamic State's "cultural cleansing" of minority groups uprooted from their northern Iraq homelands has led to fears that entire cultures from the cradle of civilization are under the biggest threat in recorded history, the United Nation's top cultural official warns, The Christian Science Monitor reported.

"It can be compared to the Nazi methods, and here I think it goes all across the board," says Irina Bokova, director general of the UN Education, Scientific and Cultural Organization (UNESCO). "Either they conform to their views of religion or belief or they have to disappear. I don't remember anything like that in contemporary history."

She says Interpol and antiquities authorities are taking steps to halt a lucrative trade in the smuggled artifacts of these ancient civilizations, which the Islamic State (IS) uses to help fund its operations.

As IS militants took over large parts of northern Iraq, more than one million Iraqis fled their towns and villages, many of them from religious minorities living in communities that date back to the earliest days of their faiths.

Along with the militants' destruction and damage to physical shrines, the intangible cultural heritage of ancient Christian groups, Yazidis, and other minorities - ancient traditions rooted in the land - are at risk.

"This is a way to destroy identity," says Bokova in an interview during a visit to the northern Iraqi capital of Erbil. "You deprive them of their culture, you deprive them of their history, their heritage, and that is why it goes hand in hand with genocide. Along with the physical persecution they want to eliminate - to delete - the memory of these different cultures."

With huge swathes of northern Iraq under IS control, Iraqi officials and international organizations say it's difficult to verify exactly how many religious and cultural sites have been damaged or destroyed. Among those confirmed to have been damaged are at least two churches in Mosul, several Shiite shrines, and a Yazidi temple. In the IS jihadists' extreme version of Salafi Islam, all shrines of any faith are considered idolatrous.

The looting and destruction has been even worse in Syria, where IS has also seized territory.

"It affects us very strongly," says Father Jens Petzold, a member of the order of the Saint Musa Monastery, relocated to Suleimaniya in northern Iraq after the order was forced to flee its Byzantine-era home north of Damascus.

"Some of the people say they want to go back to the graves of our ancestors where our own churches are, even if they are in ruins," he says. "Those are their roots."

Antiquities officials say the latest site in Iraq known to have been destroyed is the Imam al-Daur shrine north of Samarra. The intricate 11th century tomb of a Shia religious leader is believed to have been demolished two weeks ago.

Bokova says there is evidence for the first time of new damage at the Assyrian site of Nimrud - the biblical city of Kalhu in Nineveh province - with dramatic bas reliefs of part of the palace defaced.

"We know there is looting of many of the monuments," she says. "We have seen some of this happening. Maybe there is also others and that is why we are very much focusing on the curb of trafficking of illegal objects from Iraq."

Some officials estimate that IS derives income from the sale of more than $200 million a year in looted antiquities. The UNESCO director general thinks it could be even more.

Bokova says UNESCO has asked the UN Security Council for new controls on the sale of antiquities, similar to those imposed after the 2003 war in Iraq when there was widespread looting of museums and ongoing looting of archaeological sites. The UN agency is working with the international law enforcement organization Interpol, national customs authorities, museums, and major auction houses to try to stop looted items from being sold.

The director general, a nominee to be the next UN secretary general, says UNESCO is working to rebuild sites around the world destroyed by extremists, including mausoleums in Timbuktu, Mali, listed as a World Heritage site. But equally damaging is the loss of "intangible heritage."

"For the first time you have cultural cleansing," says Saad Eskander, head of Iraq's national archives. "For the Yazidis, religion is oral, nothing is written. By destroying their places of worship ... you are killing cultural memory. It is the same with the Christians - it really is a threat beyond belief."

The Yazidis, one of Iraq's oldest religious minorities, were driven out of their lands in the north of Iraq as IS militants killed men and enslaved women from the secretive religion.

The towns in the Nineveh plains between Mosul and the Kurdish region of northern Iraq are also home to some of the earliest Christian communities - some built around the shrines of prophets. Christian leaders say the IS takeover of Mosel marks the first time in 1,600 years that there has been no mass held in the city.

"I think it's a tragedy," says Bokova. "This cradle of civilization that has contributed so much to all of humanity - there have been conflicts, there have been invasions, empires disappearing - and still that cultural diversity was kept into the 21st century. To see this disappearing, I think, is a tragedy for all of us."