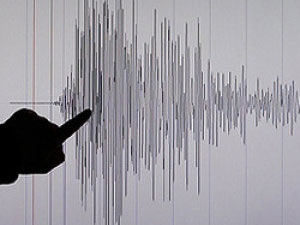 A 4.1-magnitude earthquake occurred in the northwestern Turkish province of Bursa, Trend reports with reference to the Turkish media Jan. 5.

There are no reports on victims.

Turkey is located in the seismically active zone, and the country often suffers strong earthquakes, which often lead to casualties.

The strongest fluctuations of the Earth's crust in Turkey were recorded in 1999 in the Marmara Sea region. The magnitude of the tremors that time was 7.4 points and caused the death of more than 18,000 people.