Editor's Note: MP's words were added after the fourth paragraph

The Nagorno-Karabakh problem must concern not only the Azerbaijani people but the entire Turkic world, MP Ganira Pashayeva said at an international symposium "The Turkic World in the 21st Century" in Northern Cyprus.

"The Karabakh problem must concern not only the Azerbaijani people but the entire Turkic world. The world Turks and their organizations must participate in solving this problem. They must increase their efforts in this direction. We must conduct a joint struggle against the false allegations of fictitious "Armenian genocide". We, Turks, living in various regions of the world, must not consider the problems as "your," "my" or "him" but  as "our". We must come together to solve problems, " she added.

"We call for Turks worldwide - Kazakhs, Turkmens, Uzbeks, Kyrgyz, Balkan, Turkish, Iraqi, Cypriot Turks through your media to consider the Nagorno-Karabakh problem, Khojaly genocide as their problem, to combat the occupation policy of Armenia, Armenian falsification as Azerbaijanis do.

We must act together to fight against the lie about "Armenian genocide", to move from defense to attack. We must try to convey to the world that Armenians committed genocide in Khojaly and achieve its recognition by the world community," she said.

Pashayeva recalled the words of President Aliyev at the Congress of the Turkic peoples on the suppression of the Armenian lies that we must move from defense to offense. She noted the work undertaken by Azerbaijan in this direction. She called on all Turks to combat Armenia's false allegations about "Armenian genocide", the Armenian false campaign carried out worldwide in relation to Azerbaijan, its integral part - Nagorno-Karabakh.

"Today, the Armenian Diaspora and lobby with their supporters try for the decisions relating to the punishment of those who denies the Armenian genocide to be made in the parliaments of some countries. It is necessary for all Turks, regardless of their residence, to fight together to prevent this. According to the Armenians, Armenia will take steps in this direction before the 100th year of the alleged Armenian "genocide".

Let's think what a huge shock can cause similar decisions. Certainly, they will not believe in it. It is terrible to imagine what problems they will face. Therefore, the whole Turkic world must seriously act together to suppress Armenian lies. It is necessary to increase the efforts to inform the world community about the Khojaly genocide, " she added.

MP raised the question of the importance of the activity in this area as non-governmental organizations, the diaspora and the media. "In this matter, media can play a more active role," she said. She also noted the effect of the virtual space. She called for Turk youth to more use this space to suppress Armenian lies and spread the truth about Azerbaijan. 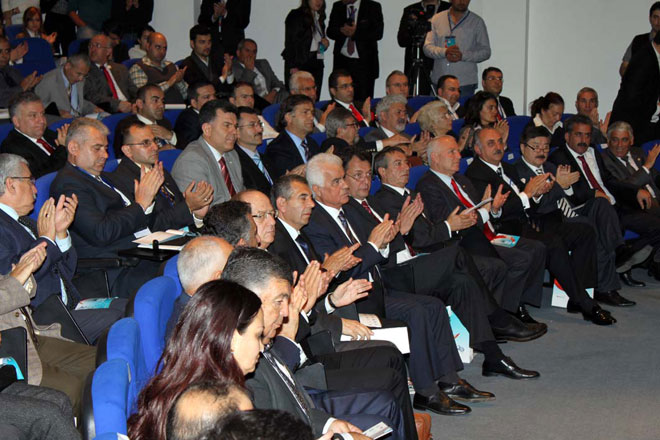