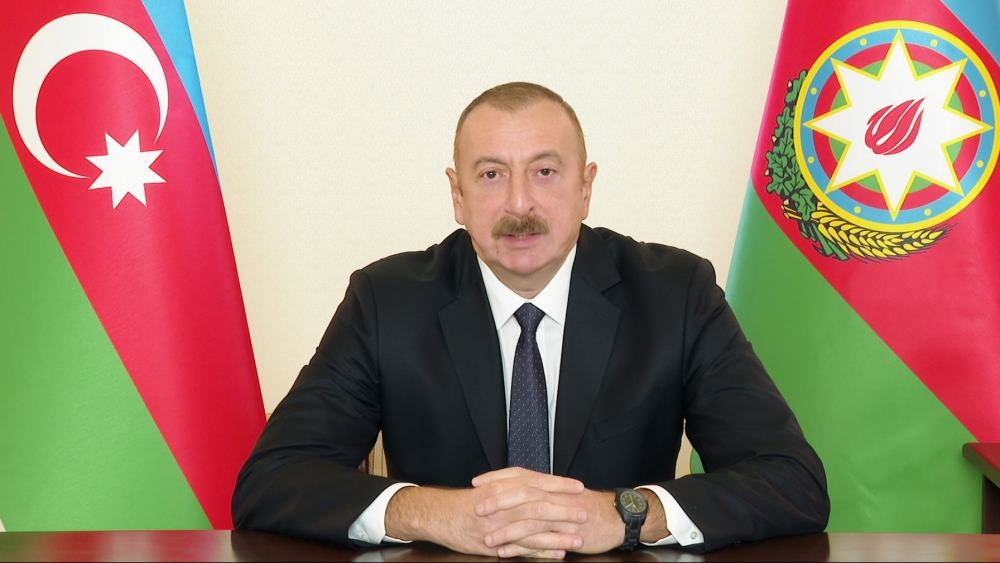 The people of Azerbaijan should know everything, President of the Republic of Azerbaijan Ilham Aliyev said addressing the nation, Trend reports.

“For 17 years in my capacity as President, I have always told the truth to the Azerbaijani people – always. I regularly report to the people on all the issues. And I am doing that to this day. This may not be complete information because there are certain diplomatic rules. However, whatever can be said, I say to the Azerbaijani people and the whole world,” the head of state said.

“If you want to save Armenia, tell it to leave our lands, get away immediately! Let this jester, who danced in Shusha, on Jidirduzu, in a drunken state, declare that he is leaving. Calling world leaders five or six times a day will not solve the problem. Our position remains unchanged, we are defending the truth and justice,” the Azerbaijani president said.

“I would like to touch upon another issue. The legal framework for the settlement of the conflict is quite broad. We have expanded this framework. Today, there are not only UN Security Council resolutions but also other documents. The UN General Assembly has adopted a resolution, the Non-Aligned Movement, the Organization of Islamic Cooperation, the European Parliament, and other organizations. The document we have initialed with the European Union contains a special provision on the sovereignty of our country, the inviolability of our borders, and territorial integrity. In other words, it is a legal framework that allows us the opportunity to teach the enemy a lesson on the battlefield, to drive them away, to remove them from our lands. But look at what is going on lately? The Minsk Group co-chairing countries have convened a meeting of the UN Security Council. They have done it once before. Apparently, the document adopted there did not satisfy them. This time, a few days ago, we heard about the appearance of a new document. We immediately took action and prevented the adoption of this document even though the three co-chair countries exerted great pressure on other members of the UN Security Council,” the head of state said.