Bahrainis rally to call for release of political prisoners 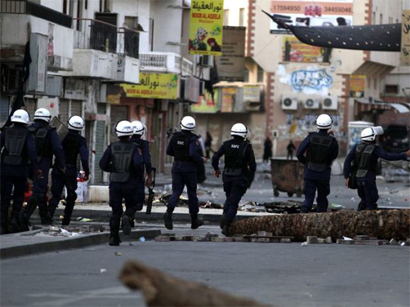 Hundreds of demonstrators in Bahrain have taken to the streets across the tiny Persian Gulf country to express solidarity with political prisoners and jailed activists, especially the prominent opposition figure Sheikh Ali Salman, Press TV reported.

The marchers, carrying portraits of Salman and Bahrain's national flags, also urged equality and social justice for the entire Bahraini nation as well as an end to discrimination and violations of human rights.

The demonstrators, commemorating the international Workers' Day, called upon the Al Khalifa regime to return all those dismissed from their jobs for political reasons back to work.

Salman was detained last December on charges including seeking regime change and collaborating with foreign powers. He denied the charges during his first court hearing on January 28.

His arrest has triggered condemnation inside and outside Bahrain, with leaders, governments and international organizations across the world calling for his immediate release.

Salman's trial, initially scheduled for April 22, has been adjourned until May 20.

Additionally, protesters formed a human chain in the village of Abu Sabi' to express outrage over the Al Khalifa regime's heavy-handed measures in dealing with political activists.

Since mid-February 2011, thousands of anti-regime protesters have held numerous demonstrations on the streets of Bahrain, calling for the Al Khalifa family to relinquish power.

Scores of Bahrainis have been killed and hundreds of others injured and arrested in the ongoing crackdown on peaceful demonstrations.