Muganli Village can be moved to another area 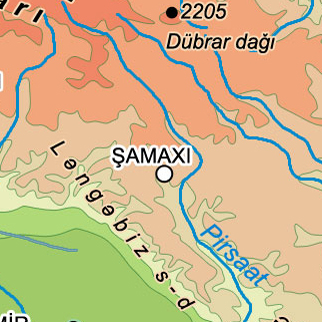 Muganli village can be moved to another territory, Emergency Situations Minister in Azerbaijan Kamaladdin Heydarov told reporters on Thursday.

He noted that about 46 homes in Muganli village located at the active landslide area. Some of them are destroyed, and others are in critical condition.

Heydarov said the initial decision to move Muganli village to another area where there is no landslide activity is made during the discussions with relevant organizations.

The minister noted that the final decision on this matter will be announced in the coming days.
Landslide processes in Muganli began in the 1980s.

The road from Muganli has completely subsided. Landslides are very active at 140, 141, 142, 146 km. There are cracks in the road passing through the Agsu pass. The road at the entrance to Muganli village also subsided.

Traffic on the road Ismayilli-Agsu Pass is suspended, the road is completely closed.