In the frames of "Active family, Healthy world" program ("Fəal Ailəm, Sağlam Aləm" - FASA), realized by Azerbaijan National Olympic Committee (NOC), the Ministry of Education and worldwide partner of the Olympic Games - The Coca-Cola company - the final of the family sporting events in ABU Arena Sports Complex was held.

Active and healthy lifestyle leads to happier life and benefits the entire community. One of the priorities of The Coca-Cola Company is building sustainable communities by involving families and entire communities to physically active and healthy life. Therefore, Coca-Cola is doing everything to help people to be more active through programs such as "Active Family, Healthy World", in each country where it operates. After all, sustainable business is only possible in a society with such development.

Vice-President of NOC Chingiz Huseynzadeh said during the event, that this kind of tournaments are very important and mentioned that this kind of events develop healthy and active lifestyle in the society: "I want to express my gratitude to the Ministry of Education and The Coca-Cola Company for active cooperation in this project and also for encouraging children, youth and their parents to healthy lifestyle, to make them active participants of Olympic Movement".

Head Deputy of the Department of education and work with pre-school institutions of the Ministry of Education Vasif Mammadov said that widespread physical training in the field of education is reflected in the national strategy for the development of education in Azerbaijan: "I am glad that the FASA program is held not only in Baku but in other regions of the country. Hope that this program will be sustained and contribute to the development of active lifestyles among the population."

General Manager of The Coca-Cola Bottlers Azerbaijan Cem Becel expressed his gratitude to NOC and Ministry of Education for cooperative realization of the project and said that "Active Family - Healthy Community" project is held in the framework of 5 year partnership between NOC and Coca-Cola and parties are planning to expand this project: "Supporting healthy lifestyle is one of the most important aims of Coca-Cola all around the world. I thank all who gathered, and encourage them to genuinely support the competitors".

Event was attended by the representatives of NOC, Ministry of Education, Ministry of Youth and Sports, The Coca-Cola Company as well as the Olympic and Paralympic champions and famous athletes. To support participants in family sporting event National Olympic ambassadors Farid Mansurov (Athens, 2004) and Honored Artist Tunzala Agaeva also attended to ABU Arena.

12 families from 9 regions competed in different family sports games, based on specific entertaining relay races. It must be mentioned that more than 1000 fans from Baku, Sumgait and other regions joined the event to support the participants.

As a result, family from Qusar region became winner in the second republic final, organized in the frame of FASA project. Second and third places were Zaqatala and Qabala teams accordingly. Winners were awarded by NOC, Ministry of Education and Coca-Cola with diplomas and valuable prizes.

The aim of these competitions is to promote the Olympic Movement and a healthy lifestyle among society that will make children, young people and their parents active participants of this Movement. It's worth mentioning, that anybody can participate at this tournament. In the coming years, NOC and Coca-Cola are going to expand this project and involve more people.

Furthermore, in the frame of program, seminars about healthy lifestyle were organized in the regional schools of country, where participants were able to register for competitions.

It is also important to mention that FASA project covered 40 regions. Nearly 210 families participated in it, and about 2500 people watched games live.

About The Coca-Cola Company:

The Coca-Cola Company is the world's largest beverage company, refreshing consumers with more than 500 sparkling and still brands. Led by Coca-Cola, one of the world's most valuable brands, our Company's portfolio features 17 billion-dollar brands including Diet Coke, Fanta, Sprite, Coca-Cola Zero, vitamin water, PowerAde, Minute Maid, Simply, Georgia and Del Valle. Globally, we are the No. 1 provider of sparkling beverages, ready-to-drink coffees, and juices and juice drinks. Through the world's largest beverage distribution system, consumers in more than 200 countries enjoy our beverages at a rate of more than 1.9 billion servings a day. With an enduring commitment to building sustainable communities, our Company is focused on initiatives that reduce our environmental footprint, support active, healthy living, create a safe, inclusive work environment for our associates, and enhance the economic development of the communities where we operate. Together with our bottling partners, we rank among the world's top 10 private employers with more than 700,000 system associates. For more information, visit Coca-Cola Journey at www.coca-colacompany.com, follow us on Twitter at twitter.com/CocaColaCo or visit our blog, Coca-Cola Unbottled, at www.coca-colablog.com or find us on LinkedIn at www.linkedin.com/company/the-coca-cola-company. 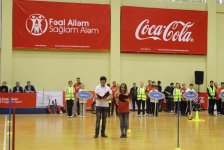