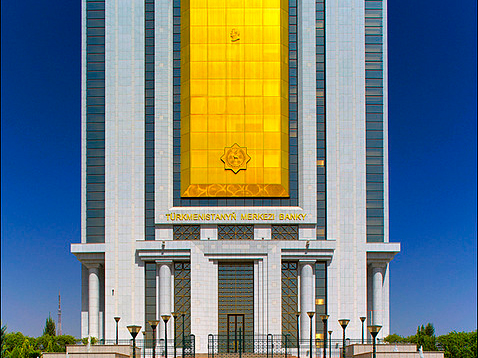 By the Turkmen President Gurbanguly Berdimuhamedov's decree, Dovletmyrat Mulkiyev was appointed the deputy chairman of the board of Turkmenistan's Central Bank.

The president's decree was published by the local media of Turkmenistan.

Mulkiyev earlier served as the deputy chairman of the board of the state-run bank Turkmenbashi.

Turkmenistan is currently in a transitional stage of its development.

Over the recent years, the updated constitution of Turkmenistan for the first time included an article about the transition to a market economy.

Turkmenistan has already had several reforms in monetary policy, such as the denomination of the national currency, exchange rate unification, and in 2014 the country has moved on international accounting standards.