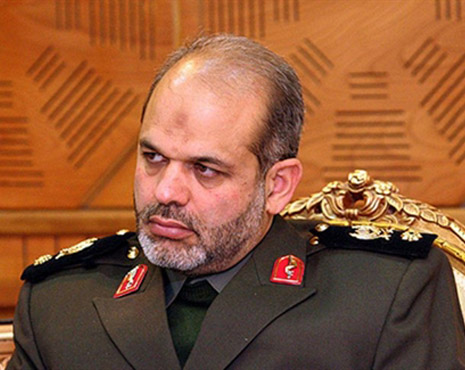 Iran has produced various types of hardware for defense purposes which will be made public soon, Vahidi told IRNA on Thursday.

The minister emphasized that Iran is fully vigilant against threats and cautioned that the Islamic Republic will strongly punish the enemy, should it make the "slightest mistake".

He warned Western countries against posing threats against Iran, and reiterated that the Islamic Republic remains fully prepared to counter the threats.

The Israeli and US authorities have in recent weeks stepped up their aggressive war rhetoric against Iran.

On November 6, Israeli President Shimon Peres threatened that an attack against the Islamic Republic was becoming "more and more likely."

Iranian officials have promised a crushing response to any military strike against the country, warning that any such measure could result in a war that would spread beyond the Middle East.

Iranian military officials have said that the US and Israeli threats against Tehran are rooted in the duo's fear of Iran's advancements in different spheres.

Turkmenistan to participate at environmental conference in Berlin
Turkmenistan 13:55
Most popular