President of the Republic of Azerbaijan Ilham Aliyev familiarized himself on Aug. 3 with a rose oil plant of AzRose LLC, which is under construction in Zagatala.

The president was informed about the facility. The plant occupies a total area of 3 hectares. A 5,000 cubic meter artificial lake was created there for irrigation purposes. Agricultural equipment was purchased, and experienced agronomists from Turkey were invited. Three artesian wells were drilled, gas and power lines were built, modern lighting system was installed and green areas were laid out there.

Rose oil production equipment was imported from Turkey. The plant will create 31 permanent and nearly 600 seasonal jobs. Azerbaijan will initially produce 125 liters of rose oil, which accounts for 4 percent of global production. The company's products will be exported to the world market in 2018.

President Aliyev met with representatives of local public and the plant's staff. 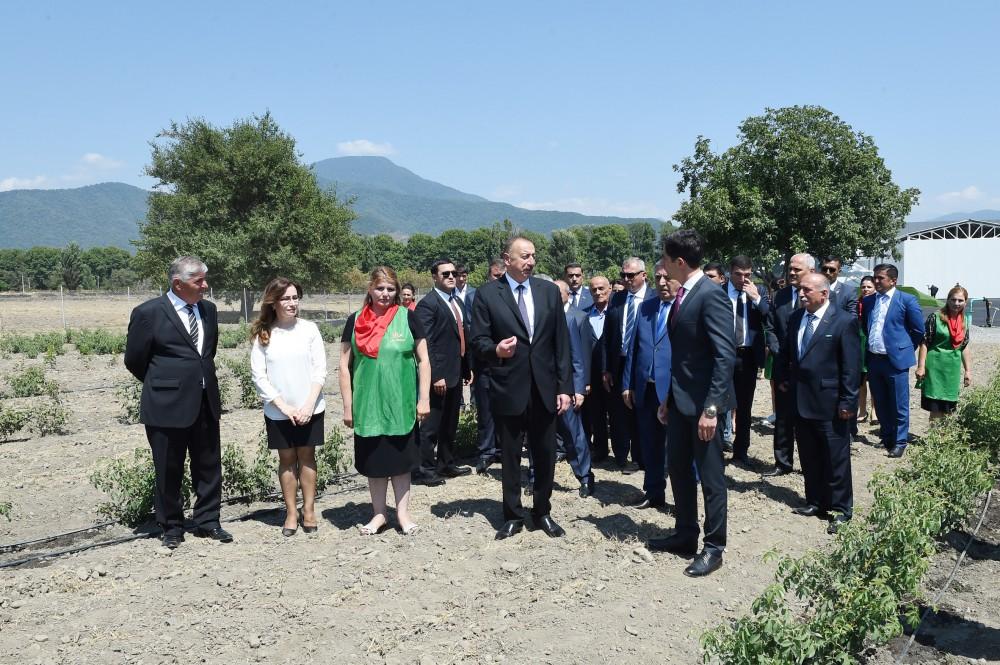