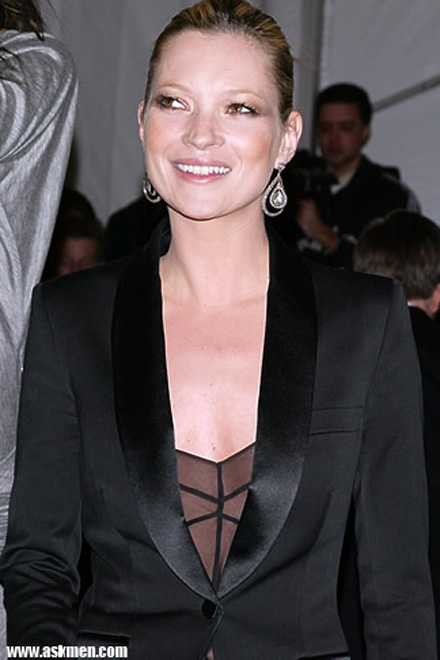 ( femalefirst.co.uk ) - Kate Moss has fled to Paris following allegations fiance Pete Doherty has cheated on her with another model.The 33-year-old beauty is said to be devastated by the revelations and has taken daughter Lila Grace to the French capital to forget about her love problems.

A source said: "Kate is a mess. She's trying to keep it together for Lila's sake, but she's been sobbing and wailing uncontrollably all weekend.

"Kate has some serious decisions to make about the future of her relationship with Pete. She is supposed to be marrying him, so she's furious at the accusations of his cheating. It really is make or break."

The supermodel has allegedly asked aides to arrange a fashion show in Paris so she can be photographed enjoying herself and appear to be carefree.

Pete, 28, allegedly spent the night with a South African brunette called Lindy last Thursday (28.06.07) following a row with Kate on Wednesday (27.06.07). The Babyshambles frontman met Lindy at London's Crystal nightclub and the pair were seen "kissing and cuddling" as they drank champagne, before leaving together at 2am.

A source said: "When he first arrived Pete was showing off, standing on his chair and dancing like a loon. Then he started talking to a girl in a revealing white dress. She had the same pointy features as Kate.

"They went up the street for a while then came back inside where they had an intense chat for ages. There was lots of flirting and laughing. Then we saw four of them get into a cab and head off."

The pair reportedly spent the night at Pete's friend's house, where they "disappeared into a bedroom together".