US hits firms over Iran; sanctions debate goes on 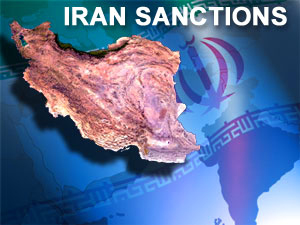 The United States targeted more than a dozen companies and people on Thursday for evading sanctions against Iran, an effort by the Obama administration to show it will enforce existing law even as it presses Congress to hold off on additional measures while world powers pursue a comprehensive nuclear deal with Tehran, Associated Press reported.

The action freezes the U.S. assets of firms in Panama, Singapore, Ukraine and elsewhere for maintaining covert business with Iran's national tanker company. Other companies involved directly in the proliferation of material useful for weapons of mass destruction also were blacklisted from the U.S. market. American citizens are banned from any transactions with the listed individuals and firms.

The announcement by the Treasury and State departments comes as the administration is furiously lobbying lawmakers to refrain from any new package of sanctions on Iran after last month's interim nuclear agreement in Geneva. As part of the deal, the U.S. agreed to no new nuclear-related financial penalties against Tehran for six months, and Iran's foreign minister has warned that any such action could kill the diplomatic effort.

Still, many Republicans and Democrats in Congress have called for even tougher measures to raise the pressure further on the Islamic republic, despite the administration's pleas for patience.

On Thursday, the Obama administration received important support from Sen. Tim Johnson, a Democrat and chairman of the Senate banking committee, which had been seen as a likely starting point for any new sanctions from Congress.

"The administration's request for a diplomatic pause is reasonable," Johnson said at an Iran hearing he chaired. "A new round of U.S. sanctions now could rupture the unity of the international coalition against Iran's nuclear program. Existing sanctions will continue to bite, and to bite hard."

U.S. officials have stressed that most U.S. oil, banking and commercial restrictions remain in place despite the deal last month, which eased $7 billion in sanctions on Iran for a series of nuclear concessions. Secretary of State John Kerry argued earlier this week that Iran would still lose $30 billion as a result of economic penalties that stay in force under the interim deal.

Separately Wednesday, the Royal Bank of Scotland agreed to pay $100 million to settle claims by U.S. and New York state regulators that it violated U.S. sanctions against Iran and other countries. Regulators said the bank channeled about $523 million in transactions to other banks for clients from those countries and concealed the clients' identities in the paperwork.

"We have not imposed sanctions for sanctions' sake," David S. Cohen, the Treasury Department's sanctions chief, told Senate banking committee members. "One of the key purposes of sanctions always has been to induce a shift in the policy calculus of the Iranian government and to build the necessary leverage for serious negotiations about Iran's nuclear program."

The administration appears to have succeeded in heading off any immediate sanctions, but Senate action may not be far off. Aides said Democratic Majority Leader Harry Reid has been talking about possible votes in January after the passage of a defense bill he hopes to secure before senators break next week for Christmas.

Possible House action against Iran this week looks likely to fall short of new penalties, yet may be followed up after its members return in the new year. Aides said the nonbinding resolution being pushed by Republiczn Majority Leader Rep. Eric Cantor would instead spell out suggested terms for any final deal. It could be introduced as early as Thursday.