Today a special flight of Pakistan Air Force C-130 plane carrying relief assistance for Azerbaijan landed at the Heyder Aliyev International Airport, Baku. The relief assistance containing essential items including large tents, blankets, and Ready to Eat meals has been sent by the Government of Pakistan for the Azerbaijani servicemen and other people working in the newly liberated areas to rehabilitate the returning IDPs.

The relief consignment was received by the Ambassador of Pakistan and the Defence Attache at the tarmac and handed over to Colonel Rustam Gozalov representing the Ministry of Defence, International Military Cooperation Department in a simple but dignified ceremony.

Talking to the officials of the host Government, Ambassador Bilal Hayee noted that the relief assistance sent by the Government of Pakistan is yet another testimony of Pakistan's affection and care for the brotherly people of Azerbaijan. The government and the people of Pakistan have always stood by Azerbaijan and are also willing to extend their full support during reconstruction in the liberated areas and for the rehabilitation of the local people in their ancestral lands.

Azerbaijani officials thanked the Ambassador for the generous relief assistance provided by Pakistan at the start of the winter season. 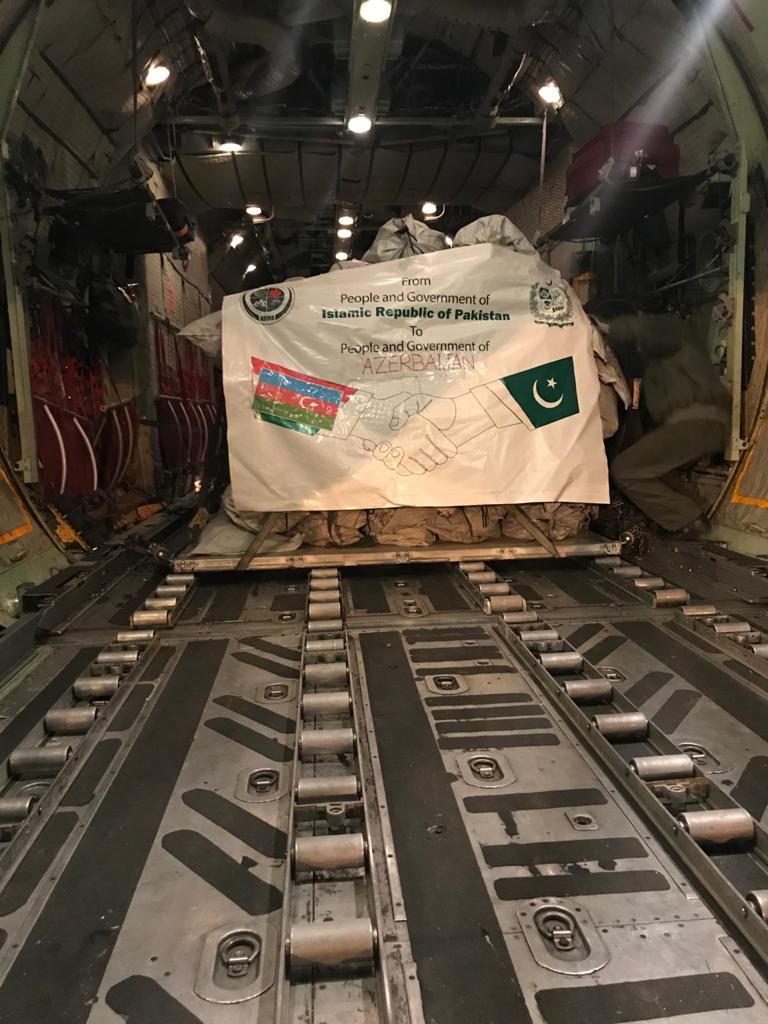