Oil&Gas Materials 19 December 2014 21:50 (UTC +04:00)
Despite the confrontation of Russia and the West with all the ensuing consequences, Azerbaijan continues its gas expansion on the European market.

Despite the confrontation of Russia and the West with all the ensuing consequences, Azerbaijan continues its gas expansion on the European market. In this way, the country develops also in quite another direction which is the market of retail gas sales. The signing of the document on the development of a master plan on the gasification of Albania, where the gas distribution infrastructure is not developed, is evidence of this.

That is, not only Azerbaijan will supply gas to Albania within the framework of the Southern Gas Corridor, i.e. via the Trans Adriatic Pipeline, but also manage the process of gas distribution on the Albanian market.

It is clear that SOCAR (The State Oil Company of Azerbaijan Republic) will handle this. The company announced in 2013 that it was interested in participating in the process of gasification of this country. SOCAR already has experience of the gasification process organization and management of gas distribution networks in Azerbaijan and Georgia.

The complete absence of the gas market in Albania suits SOCAR well. After all, it is much easier to build new infrastructure than to renovate an old one, eliminating the previous mistakes. Namely SOCAR will set the trend in sales of gas on the market, which means a huge profit.

Despite the considerable load SOCAR has as a participant of many large energy projects, it continues the policy of investing in the promising projects beyond Azerbaijan.

SOCAR President Rovnag Abdullayev recently said that there are many projects still in which the company can be an investor. This once again proves that SOCAR is strengthening its position and is turning into one of the full-fledged and competitive participants of the international energy market. All the more so, currently, there are fairly favorable conditions for that.

But this shouldn't be viewed through one prism, as only a benefit to SOCAR, since reaching an agreement on a particular issue always brings mutual benefits.

Although the negotiations on Azerbaijan's participation in the gasification process were held in 2013, a concrete step wasn't taken until now, in this period of escalation of tensions between Europe and Russia on the gas issue. This shows that it is possible to be a winner even in the most difficult situation. 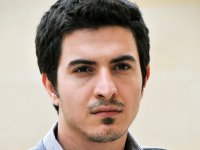