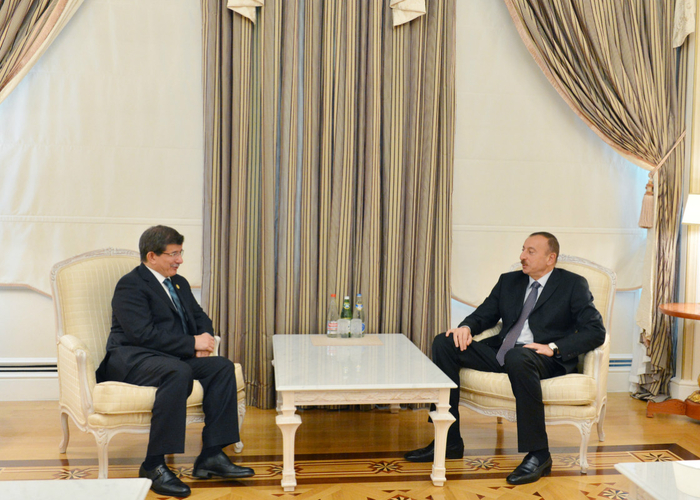 They noted friendly and fraternal relations between Azerbaijan and Turkey were developing successfully on all fronts.

The Azerbaijani President and the Turkish FM underlined high level meetings and reciprocal visits contribute to strengthening the bilateral ties even further.

During the conversation, they stressed the importance of high-profile international events held in Baku recently in terms of strengthening cooperation among countries and peoples.

President Ilham Aliyev asked Ahmet Davutoglu to pass on his greetings to the Turkish President and the Prime Minister.