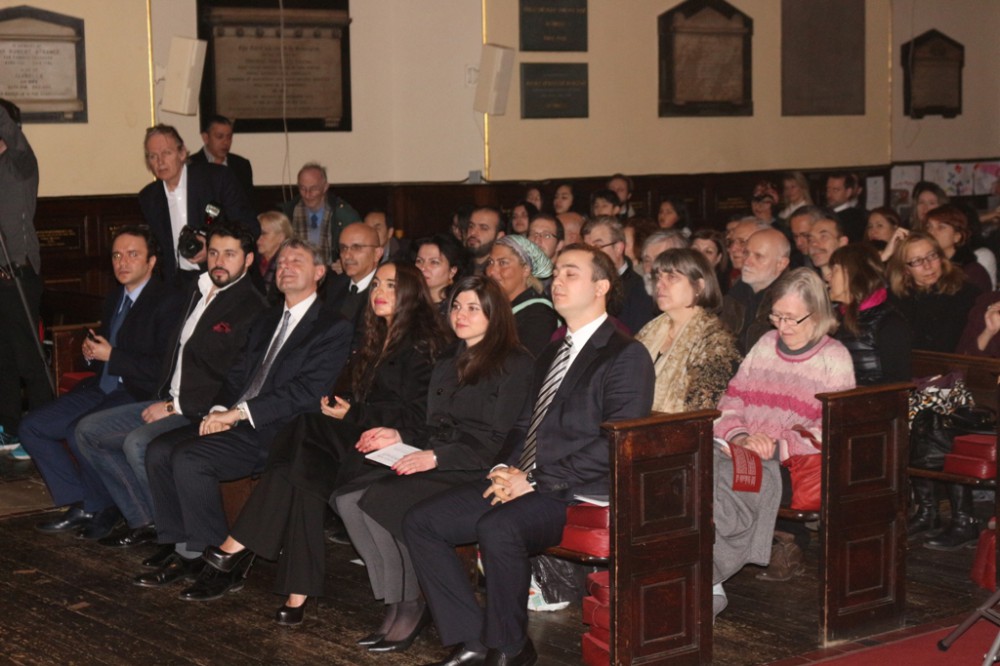 The Khojaly commemoration concert organized by the European Azerbaijan Society was held in London, UK within the "Justice for Khojaly" International Awareness Campaign.

The event brought together officials, as well as employees of Azerbaijan`s Embassy to UK, friends of Azerbaijan and music-lovers, public figures, compatriots living in UK, representatives of the Azerbaijani organizations operated in London.

Director of the European Azerbaijan Society Lionel Zetter spoke about the Khojaly massacre provided an insight into the causes and consequences of Armenia-Azerbaijan, Nagorno-Karabakh conflict.

Chairman of the European Azerbaijan Society Tale Heydarov said that as the result of Armenian military aggression, more than one million Azerbaijanis became IDPs and refugees, as much as 20 percent of Azerbaijan's territories were occupied by Armenia.