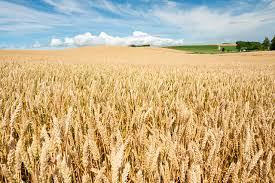 As many as 213,000 tons of wheat has been purchased from farmers in Ardabil Province (northwestern Iran) from the beginning of the current wheat harvesting season in Iran (April 4) to September 11, Director General of Government Trading Corporation (GTC) of Iran’s branch in Ardabil Province Ali Nobakht said, Trend reports citing the corporation’s website.

The director general stressed that the volume of purchased wheat increased by 8 percent compared to the same period last Iranian year.

Nobakht added that 96 percent of the value of purchased wheat in the province was paid to farmers.

"Until two years ago, the wheat consumption of Ardabil Province was provided by other provinces of Iran, and thus, about 200,000 tons of wheat were imported to Ardabil Province," he said.