Aggression against cultural, spiritual, and religious heritage is unacceptable, a French photographer of Iranian descent Reza Deghati wrote on his Facebook page commenting on his trip to the Azerbaijani territories liberated from Armenian occupation, Trend reports on Nov.30.

“In the recent days, I saw destroyed cemeteries, burnt houses, and mosques turned into stables in Karabakh,” Deghati said.

Sharing photos of ruins in the Agdam district, he wrote that the mosque of the 18th century in Giyasi village was used as a cowshed.

"Before leaving the district, the occupier took everything he could and set fire to the mosque. The restoration and reconstruction will take a long time," added the photographer. 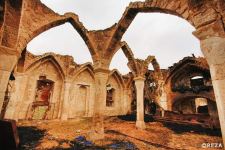 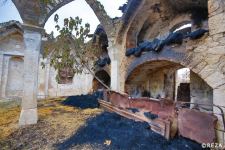