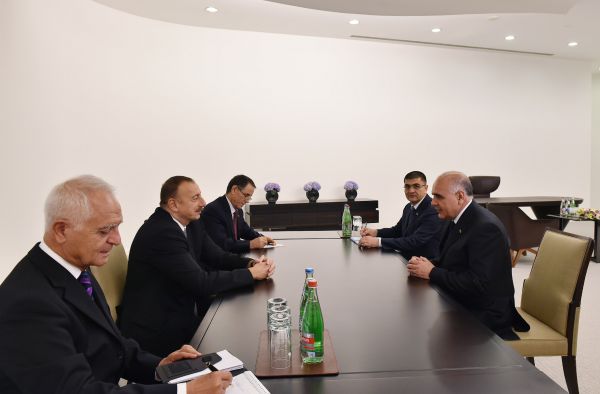 During the meeting, the sides expressed their satisfaction with the development of bilateral relations. The sides noted the importance of the summit of the heads of state of Caspian littoral states held in Astrakhan a few days ago in terms of the regional cooperation. The parties stressed the role of the intergovernmental joint commission in the development of ties.

During the conversation, the sides noted that there were good prospects in the economic, transport, investment areas and stressed the significance of strengthening efforts in these fields.