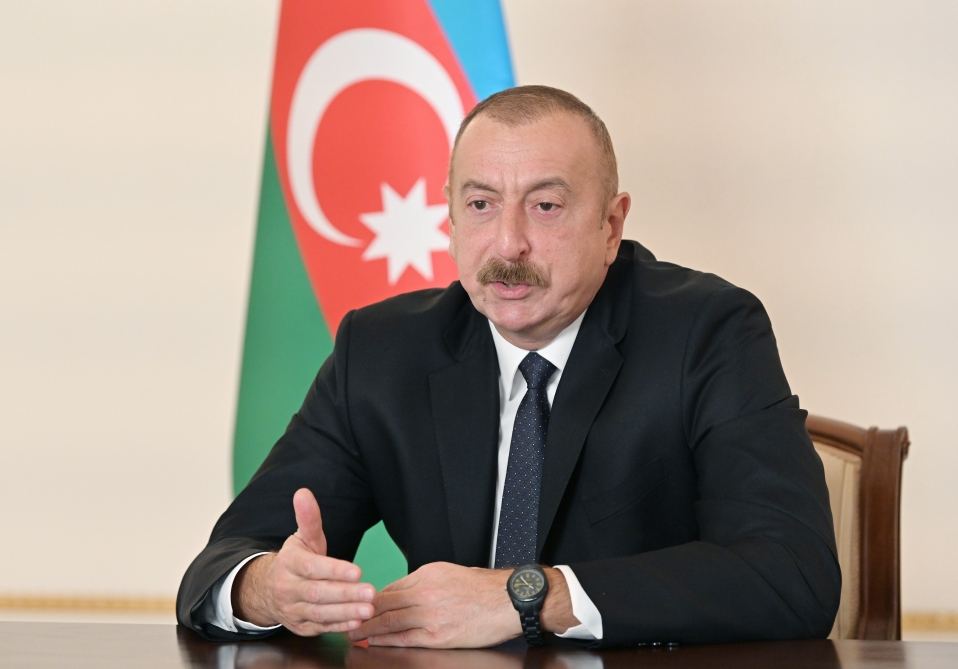 Armenia's main goal was to disrupt the process of negotiations in every possible way, President of the Republic of Azerbaijan Ilham Aliyev said in an interview to the Italian Rai 1 TV channel, Trend reports.

“The new government of Armenia has repeatedly stated that the fundamental principles are unacceptable for it, that it is not going to return a single centimeter of the occupied territories, which contradicts the fundamental principles. The prime minister stated that we should negotiate not with Armenia but with the so-called leaders of Nagorno-Karabakh, which is unacceptable both for us and for the OSCE Minsk Group. He also stated that 'Karabakh is Armenia, full stop', thereby completely undermining the negotiations. In the past year, there were practically no negotiations, and in order to shift the blame on us, Armenia made three sabotage attempts – in July on the border, in August when they sent a sabotage group, and in September when they shelled our cities. They probably thought that we would show restraint again, but that did not happen. We answered them in a manner that they are now regretting it,” the head of state said.