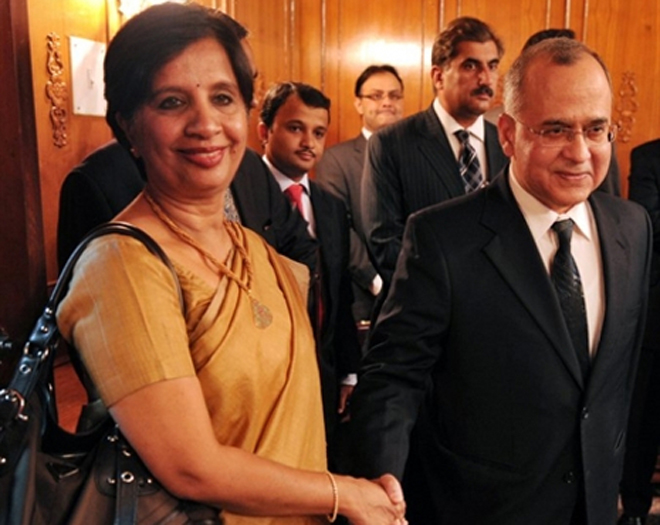 The decision was taken by the governments after the India's Foreign Secretary Nirupama Rao met her Pakistan counterpart Salman Bashir in Bhutanese capital Thimphu on Sunday.

An official statement issued jointly in New Delhi and Islamabad said the dialogue would be held on "all issues."

"The Foreign Minister of Pakistan (Shah Mehmood Qureshi) will visit India by July 2011 to review progress in the dialogue process with his counterpart," the statement said.

Official talks on counter-terrorism including the progress on the Mumbai terrorism trial, and protracted disputes such as the one on the Himalayan region of Kashmir, are to precede the ministers' meeting, the Pakistan Foreign Ministry confirmed.

New Delhi had refused to restart the talks, accusing Islamabad of failing to punish the alleged masterminds of the Mumbai attacks and delaying investigations into the case.