Azerbaijan is a country that can surprise people by its culture, history and people. At least that's what famous travel blogger Paul Steele believes.

"You have such amazing variety of things to see," he told Trend, describing his 6-day stay in the South Caucasus country.

Azerbaijani President Ilham Aliyev participated in the opening ceremony, and the blogger was able to learn the president's opinion on the development of tourism in the country.

"Azerbaijan is one of the most open and friendly countries for the people," Steele said, describing his experiences. "Azerbaijan has the treasures that the world needs to know about."

Steele is a hiker from northern England, UK. He covers the most amazing places all over the world, exploring various countries, which are not constantly in the spotlight, and presents them through the social media, and on his own blog.

As a reporter, Steele has been working for Huffington Post, and he also cooperated with Land Rover and British Airways companies. The Daily Mail has even named Paul as the "world's most influential travel writer."

For this visit, Steele was accompanied by photographer Cindy Vriend. Both travellers made sure thousands of their Twitter followers knew what the trip to Azerbaijan was like: sharing pictures of country's capital, snowy mountains of Shahdag ski resort in Azerbaijan's Gusar region, and of course tasty Azerbaijani cuisine.

Steele, who also visited Azerbaijan's Gabala region, said that these two regions alone can boost country's tourism. Needless to say, Steele's social media coverage of Azerbaijan, accompanied by vivid pictures of the country's capital and the regions, will surely stimulate interest in Azerbaijan.

"The main thing that I get is that the country is open, it is more open than I assumed it would be. You have such friendly, secular society. And it is very safe here," Steele said.

In May of 2012 Azerbaijan hosted the Eurovision Song Contest - a prestigious event, which only added to Azerbaijan's image in the world. Steele indeed agreed that the hosting of the event helped the country.

"Azerbaijan has got everything that you can possible want to see, from views, landscapes, nature, people, food music, culture, heritage, sports. And the events will help," he said.

Photographer Cindy Vriend, who tweeted that she "enjoyed a really nice Pahlava" on her way up through Azerbaijani mountains, told Trend that Azerbaijan is a beautiful country.

"It is something that I didn't expect before I even heard of Azerbaijan," she said. "

Vriend noted that the biggest problem is that a lot of people don't know the country, and thus don't know what to expect.

She explained that if people hear bad stories about a country, they believe them, which is why it is important to tell it how it really is, and it's really helping.

"Azerbaijan is quite a unique country with very friendly and helpful people," she said. 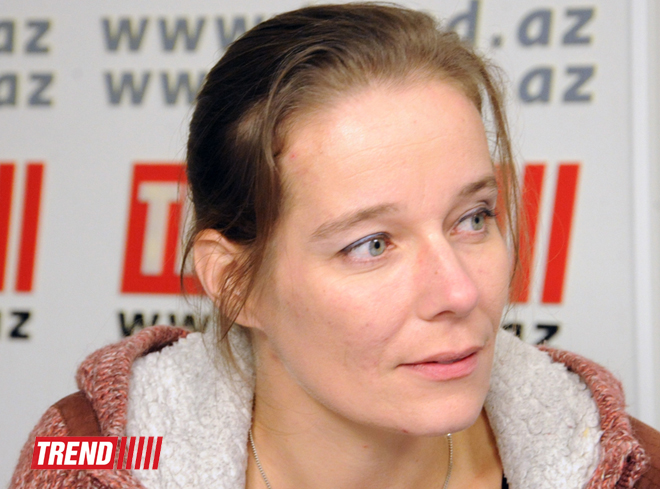 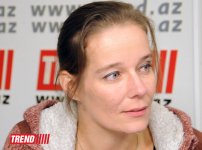