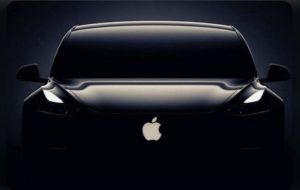 Shares in Apple Inc jumped more than 3% on Tuesday, adding more than General Motors’ entire market capitalization to the value of the iPhone maker on signs it was planning to move forward swiftly with electric car production, Trend reports citing Reuters.

Sources told Reuters on Monday that Apple, whose automotive efforts had proceeded unevenly since 2014, was now targeting 2024 to produce a passenger vehicle that would include its own breakthrough battery technology.

The news hit shares of Tesla Inc and sent those in a number of current or potential partners for the California-based technology giant spinning higher.

“If Apple has achieved a battery breakthrough, this could serve as a driver to finally move forward with production given battery costs are one of the main obstacles to mass adoption of EVs,” Evercore analyst Amit Daryanani wrote.

Apple’s shares were last up 2.9% at $131.9, on track to add more than $62 billion to its market valuation. General Motors Co is worth around $58 billion at its current share price.

At session high, Apple’s value had risen more in the past two days than the combined value of all of Detroit’s Big 3 carmakers.

Shares in Tesla fell another 4% after losing 6.5% on Monday, in a session that was also affected by the fallout of its addition to the benchmark S&P 500 index.

“From a Tesla perspective, we have long felt that tech players like Apple (working with manufacturing partners such as Foxconn) represent far more formidable competition than the established/legacy OEMs,” Morgan Stanley analysts said in a note.

People familiar with the matter also told Reuters that Apple has decided to tap outside partners for elements of the system which helps self-driving cars get a three-dimensional view of the road.

It remains unclear who would assemble an Apple-branded car, but sources have said they expect the company to rely on a manufacturing partner to build vehicles.