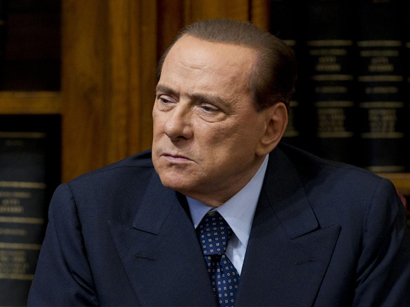 The conviction, which could force Berlusconi to give up his parliament seat and ban him from standing for fresh elections, was upheld by the top appeals court on August 1, sparking protests from his conservative supporters.

The 76-year-old was sentenced in October to four years in prison, with a three-year remit, for fraudulent offshore accounting by his family's media firm, Mediaset.

Napolitano said that under Italian law there are "precise alternatives" to jail for people over 70, such as house arrest or community work.

Berlusconi's aides have also suggested that he could receive a presidential pardon. But Napolitano stressed that he had received no such demand, which he would have to examine "objectively and rigorously."

The president warned Berlusconi's People of Freedom party against triggering a government crisis over his legal troubles, saying that the collapse of the left-right coalition led by Prime Minister Enrico Letta would be "fatal" for Italy's political and economic stability.