A ceremony to mark Remembrance Day was held in the Juma Mosque in Azerbaijan’s Aghdam district on September 27, Trend Karabakh Bureau reports.

Initially, the memory of the martyrs was honored with a minute of silence, and prayers were offered.

With the participation of the religious leaders of Barda and Aghdam, namaz and prayers were offered.

As a sign of deep respect for the memory of martyrs - soldiers and officers who heroically fought in the second Karabakh war of Azerbaijan and sacrificing their lives for their Motherland, who raised the Azerbaijani flag in the Azerbaijani territories liberated from Armenia occupation, by order of the President of Azerbaijan Ilham Aliyev dated December 2, 2020, a decision was made to annually mark September 27 as the Remembrance Day. 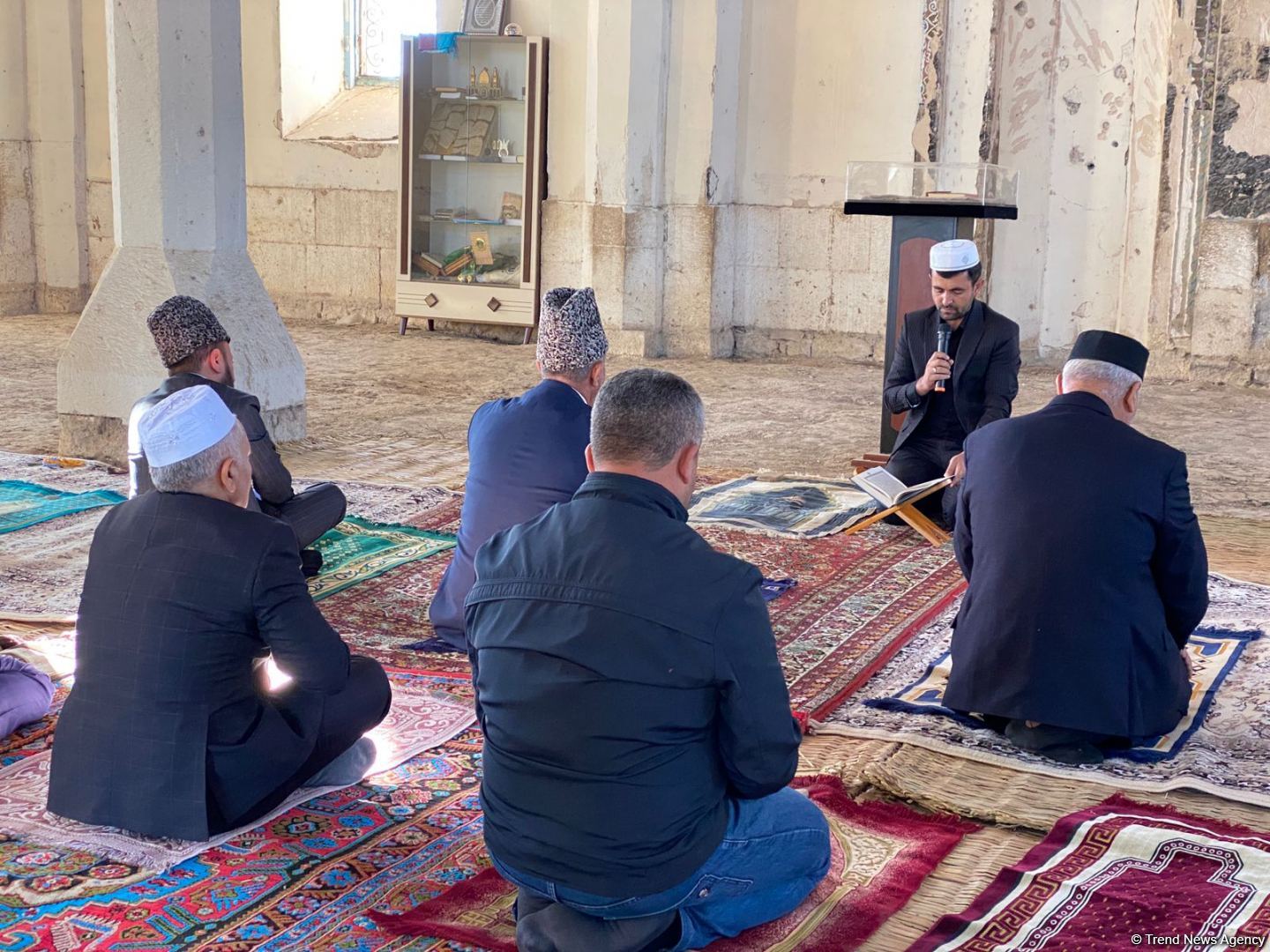