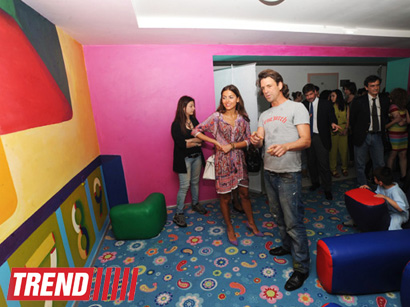 The project implemented within the "Participate" Baku Public Art Festival, is aimed at creating comfort conditions for patients in one of the medical clinics of Baku.

"Today the sixth project within the "Participate" Baku Public Art Festival, which is associated with children, has been presented. The project has been presented by artist Patricio Forrester, who came from London and held a three-week course with a group of young people," Aida Mahmudova said.

She noted that the project, which mainly aims at the development of children's thinking, has been created jointly with Forrester and those young people.

"A number of figures have been created, by using which one can put together both numbers and other objects. The place has also been covered with drawings to create a special atmosphere," Mahmudova noted.

Chief physician of the Republican Clinical Hospital for Children, Nargiz Gasimova thanked the Yarat! Contemporary Art Space for the implementation of this project, as well as Azerbaijan's Health Ministry for their participation in it.

"The project is magnificent, artists create an opportunity for intellectual development of children. This corner, this oasis, created by young artists, shortens the recovery path of our children," Gasimova said.

"The project, an idea of which came to Baku, has been implemented within three weeks. The task is to create art not in museums and galleries, but in unusual places, where in fact this art is needed," Patricio Forrester explained.

He said that the project on which a group of artists worked - is a playground for children.

"The presented figures are four modules that form the numbers," Patricio Forrester noted.

He thanked the Yarat! Contemporary Art Space for the invitation to Baku.

"To come here and learn about your culture was an awesome experience," Forrester said. 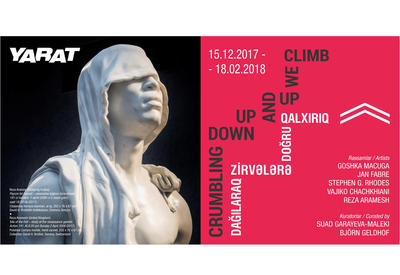 Yarat presents new group show 'Crumbling down, up and up we climb'
Azerbaijan 13 December 2017 11:35 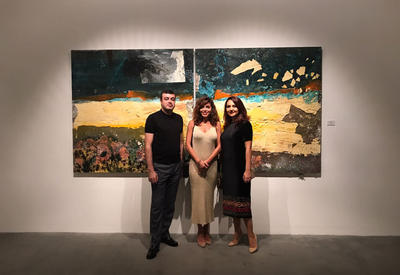 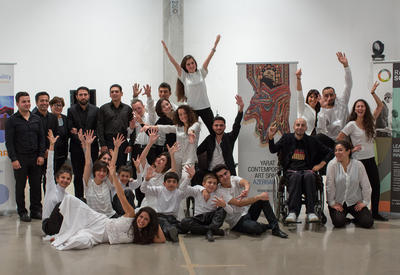 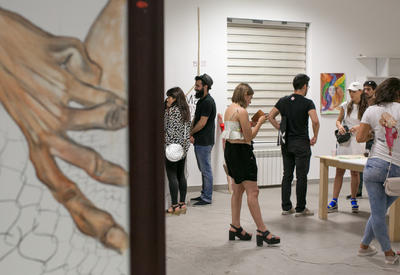