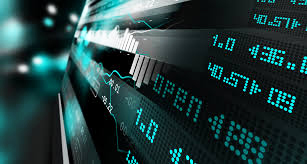 Kazakhstan has ratified the agreement on the fight against cybercrime, Trend reports with reference to the press office of Kazakhstan’s president.

The document was signed by Kazakhstan’s President Kassym Jomart Tokayev.

“The Head of State signed the law of Kazakhstan ‘On ratification the Agreement among CIS countries on fight against cybercrime’,” the report said.

The text of the law is currently being published.

Thus, signed on September 28, 2018 in Tajikistan’s Dushanbe, the agreement is to replace the previous document on cooperation on fight of crimes in area of computer information ratified on June 1, 2001.

Earlier this year Tokayev signed a number of laws including: law of Kazakhstan ‘On ratification of a Protocol on Introducing Amendments to the Agreement on Mutual Assistance and Cooperation in Customs Matters from April 15, 1994’, and law ‘On Republican Budget for 2020-2022’.

List of car models manufactured in Kazakhstan to be expanded
Transport 28 January 18:39