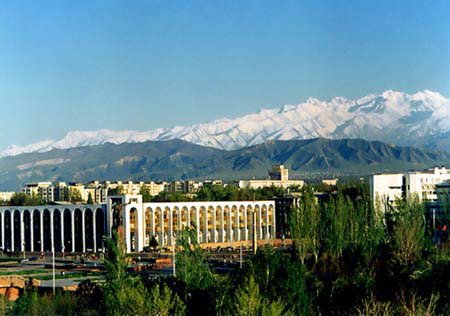 Psychologists and social workers of Kazakhstan are ready to provide assistance in psychological rehabilitation of victims of the conflict in south Kyrgyzstan, independent expert Elena Voronina reported to 24.kg news agency.

According to her, "the main task of specialists will be rehabilitation of the affected people through development of creative and cognitive abilities - games, painting, modeling and designing."

As the expert notes, after the tragic June events, many compatriots in the south have been experiencing posttraumatic stress disorder. "Not only children, but also adults, including those who did not lose relatives, but were in epicenter of the tragedy, need the help of psychologists and even of psychotherapists," Elena Voronina says.

"The region obviously lacks specialists: most families have not received psychological assistance yet, they have got isolated, experiencing their grief. In order to help as many affected people as possible, the members of the initiative group, which includes representatives of children's, women's, social NGOs, as well as practicing specialists, decided to prepare trainers, who would help people pass psychological rehabilitation," the expert says.

"Only by uniting efforts and resources, we can help a big number of people. And the idea of the Union of NGOs on protection of rights and freedoms of children in the south region of the country, voiced recently in Osh at the meeting of representatives of civil sector, NGOs, UNICEF, has again demonstrated timeliness and importance of united, consolidated work in the post-conflict period. The idea of osh NGOs has already been supported by a number of organizations of Bishkek, Talas and Naryn cities," Elena Voronina adds.

Methyl-tert-butyl ether manufacturing to be launched in Kazakhstan's Shymkent
Oil&Gas 17:37