President Aliyev congratulated Eldarov on the occasion of his forthcoming jubilee, wishing him new creative success.

Saying Eldarov’s art for many decades has made people happy, the president noted the works he created have become samples of the Azerbaijani people's tangible culture.

President Aliyev noted that Eldarov’s works are famous in Azerbaijan as well as in many former Soviet republics. Saying that national leader Heydar Aliyev always greatly appreciated Eldarov’s art, the president described his works as samples of high arts.

President Aliyev said Eldarov, who made statues of national leader Heydar Aliyev, prominent scholar, Academician Zarifa Aliyeva, as well as many famous Azerbaijani culture figures, including Mahammad Fuzuli, Natavan, Huseyn Javid, Uzeyir Hajibayli, Niyazi and others, is recognized beyond the country’s borders too and that the monuments made by him were also installed in foreign countries.

The president said Eldarov has served his motherland and people with dignity, stressing that his genius sparks great interest.

President Aliyev noted that Eldarov’s activities and services have always been highly appreciated by the Azerbaijani government, saying he was awarded “Istiglal Order" by the national leader in 1997, “Heydar Aliyev Prize” in 2009, “Sharaf Order" in 2012 and is now honored with the highest award of Azerbaijan – “Heydar Aliyev Order".

The Azerbaijani president wished Eldarov new success in his activities and handed him the order.

Eldarov thanked President Aliyev for recognizing his work and for honoring him with “Heydar Aliyev Order", adding that he is proud of it.

Recalling his memories of great leader Heydar Aliyev, Omar Eldarov said he is honored to be the author of many statues of the national leader. Omar Eldarov noted that he will continue to serve his country and nation with his creative works. 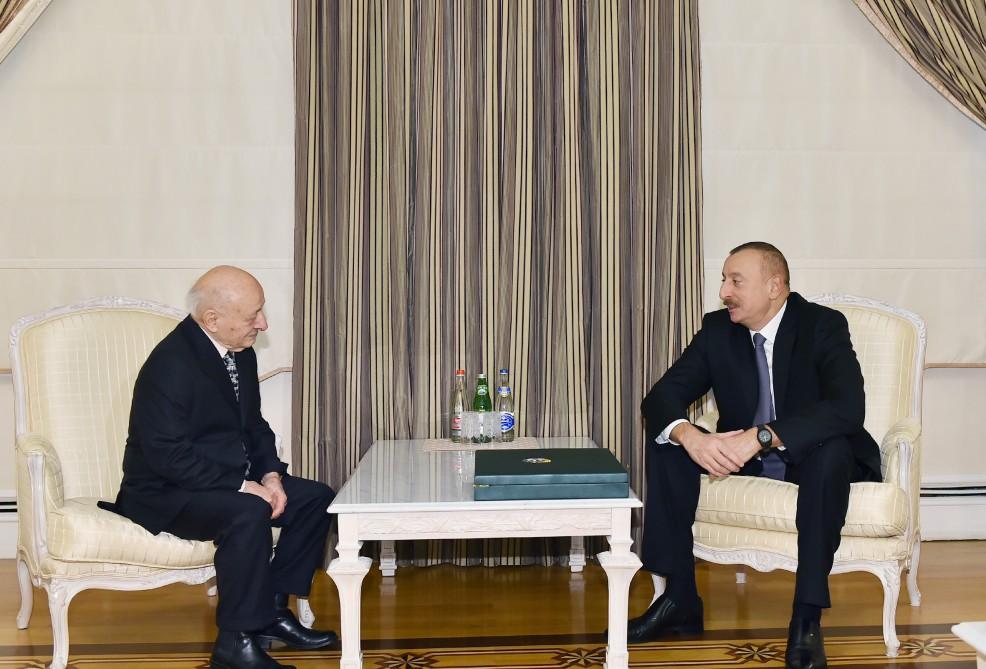