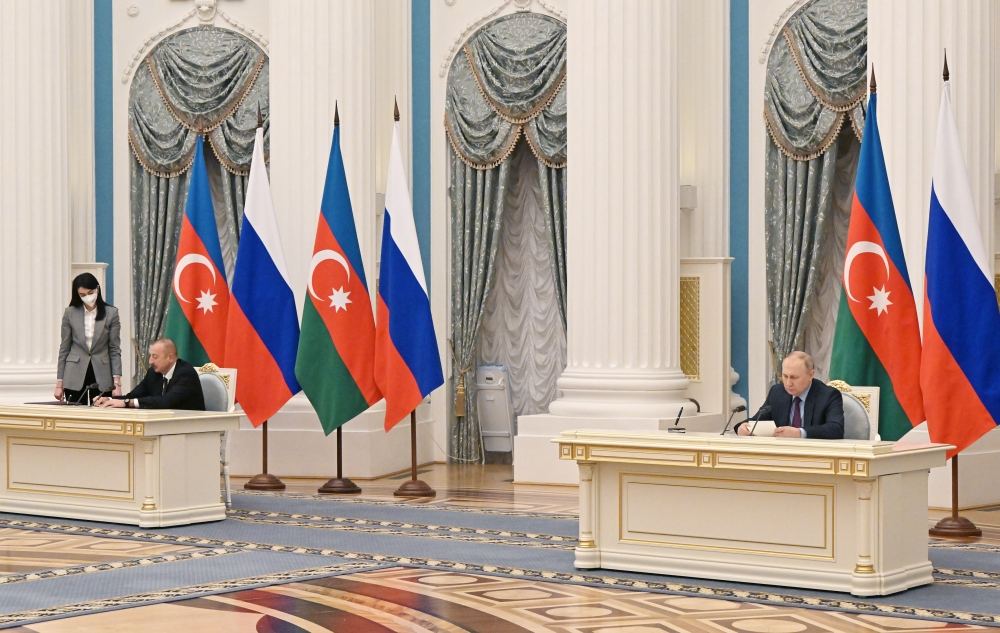 Declaration on Allied Cooperation signed between Azerbaijan and Russia on February 22 has become a new stage in the development of relations between the two countries, Trend reports.

According to Anton Bredikhin, a Russian political expert, Ph.D. of History, scientific director of the Center for Ethnic and International Studies of Russia, with the signing of the declaration, relations between the two countries in the field of security, economy, and transport will reach a new level.

“Azerbaijan already has the status of a strategic ally of Russia, and now relations are reaching a new level in the field of security, economy, and transport," the expert emphasized.

He also noted that the declaration outlines the ways for further development of Karabakh and Russia's participation in this process.

Another Russian political expert, deputy director of the Russian Institute of Political Studies Daria Grevtsova stressed that the Declaration on Allied Cooperation creates a solid foundation for the development and deepening of relations between Russia and Azerbaijan.

"The declaration takes relations to a new level. It contains 43 points, which clearly and specifically describe everything, and further implementation of projects will be based on these points,” Grevtsova noted.

“This is a legal document, where the leaders of the two countries, not only in words but also on paper, demonstrate their commitment to the principles of the allied nature of relations,” she emphasized. “Relations between our leaders are not only on a business level but also on a friendly level.”

“There is an understanding and interrelation between them in solving various issues, so the timely signing of the declaration will give impetus to the development of new projects and ideas to strengthen our countries," the expert said.

According to her, it’s important that Azerbaijan, having an agreement with Russia on allied cooperation, also has allied relations with Turkey.

"Therefore, Azerbaijan can act as a bridge between Russia and Turkey, forming a kind of Moscow-Baku-Ankara triangle, which is beneficial both economically and politically,” she noted. “Of course, it can change the geopolitical alignment of forces in the region. If there is such allied cooperation between our countries, including Turkey, then there is great potential for the development and growth of economic and political projects.”

Speaking about the specific steps that are expected to be taken within the declaration, Grevtsova pointed out that these could be economic projects, primarily those concerning the restoration of Karabakh, as well as the participation of Russian companies in the restoration and opening of communications and, possibly, in the development of the Zangazur corridor.