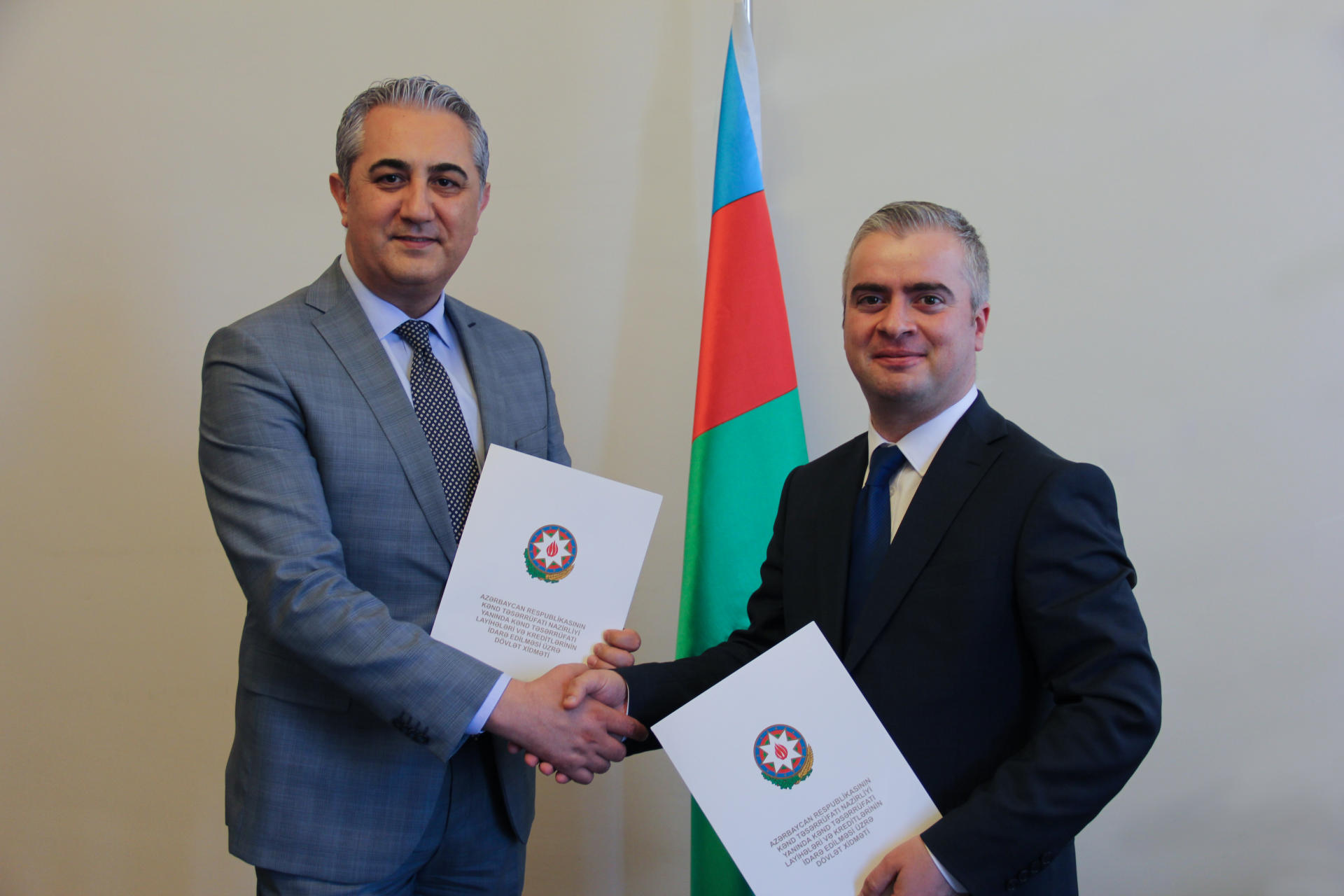 Another Azerbaijani bank, RabitaBank has entered the list of the authorized credit institutions of the State Service on Management of Agricultural Projects and Credits under the Ministry of Agriculture, the ministry announced June 4.

A protocol of intent with the bank was signed by the Head of the State Service Mirza Aliyev and Deputy Director of RabitaBank Orhan Gultekin.

On may 24, the State Service on Management of Agricultural Projects and Credits under the Ministry of Agriculture signed a protocol with eight credit institutions operating in the country.

Until the end of the year, the State Service plans to issue up to 10 million manats of preferential loans to entrepreneurs engaged in the production and processing of agricultural products.

The minimum loan amount is 1,000 manats, and the maximum amount is 200,000 manats. The maximum interest rate on loans is seven percent.