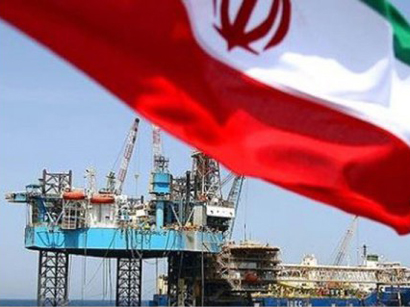 The Middle East producer exported 9.7 million metric tons of crude to India, Asia's second-biggest energy consumer, in the fiscal year that started in April, according to data given to parliament by P. Lakshmi, the Indian junior oil minister. Iran sold 7.2 percent of the Asian nation's imports in that period, down from 10.5 percent in the prior 12 months, the data show.

The U.S. and its allies enacted sanctions in July to restrict Iran's oil exports, its largest source of revenue. The countries are trying to pressure the Persian Gulf nation to curb its nuclear program, which they say is designed to develop an atomic weapon. Indian refiners have struggled to get tankers for transporting supplies from Iran, and may have to stop buying crude from there because of difficulties in receiving insurance cover for plants that process the oil.

India, which relies on imports for 80 percent of its oil needs, bought a total of 134 million tons of crude from April to December last year, the government data show. Asia's third- largest economy took in 171.7 million tons in the year ended March 31, 2012.

The drop in India's imports show that the South Asian nation is complying with a U.S. requirement that calls for "significantly reduced" purchases from Iran. The U.S. in December renewed a waiver for India and eight other nations from a law that cuts institutions off from the American banking system if they process payments for Iranian oil. The exemption is subject to a review every 180 days.

Indian refiners planned to reduce their purchases from Iran by as much as 20 percent in the year starting April 1 to keep the waiver, a Bloomberg News survey of five refinery officials last month showed.

OPEC's biggest oil producers, including Iraq and Saudi Arabia, have assured that they have enough supplies to provide extra crude to India if it halts imports from Iran, four people with knowledge of the matter said March 13.

The refiners and the Indian government plan to discuss the option of forming a fund to be run by the processors and government-owned insurers to provide cover for the plants in coming weeks, two people with knowledge of the matter said on March 13.