Law vs music: What’s behind banning of concerts in Iran 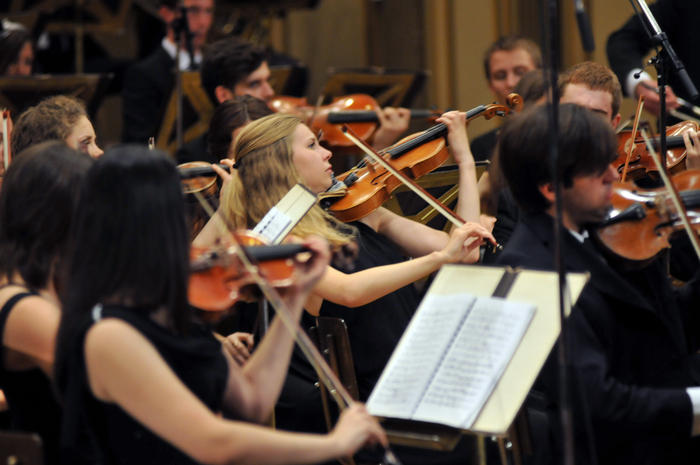 Iranian government has criticized lack of regard for the country’s law in a series of cancellations of music concerts that have become controversial over the past couple of years.

“Everyone should respect the Islamic Republic law because it has devised procedures for acquiring permits for a concert. When these procedures are taken, no personal mindset should rise against the law,” government spokesman Mohammad Baqer Nobakht said at a press conference, Trend’s correspondent reported August 30.

When formed, the Islamic Republic claimed to bring together peoples religious convictions and modern aspirations as its name denotes. In the years that followed, the officials have always voiced concern for solidarity under a common understanding.

The case of concert cancellations, however, in the eyes of many resembles a federal situation.

The issue showed up as a simmering battle between the government and far-right religious figures.

Interior Minister Abdolreza Rahmani Fazli recently decried the suspension of all music concerts in Khorasan Razavi Province by the Judiciary.

“We cannot prejudge the intentions [of musicians] and base decisions on the possibility that something will go wrong during all concerts. That would not be right,” the minister wrote in a letter to Judiciary chief Ayatollah Sadeq Amoli Larijani.

On August 5 Khorasan Razavi’s Prosecutor Gholamali Sadeghi announced the cancellation of a concert by the popular traditional singer Salar Aghili in the city of Sabzevar and the suspension of all future concerts in the province “until the issue is looked at and a framework is set by the province’s cultural council.”

The closure, and many others in the past couple of years across the country, disregarded the fact that all the concerts had acquired the necessary permissions from related bodies.

The Khorasan closure followed controversial statements on May 29 by Ayatollah Ahmad Alamolhoda, the Friday prayer leader of Mashhad, the capital of Khorasan Razavi, who had said that music concerts break the sanctity of the religious city.

“We must create the grounds to stop indecent and corrupt activities here… Don’t be afraid of the psychological wars instigated by a bunch of unrestrained individuals,” he said.

Culture Ministry spokesperson Hossein Noushabadi on May 20 decried the concert cancellation and said there was a “coordinated” attempt, aimed at stopping all concerts.

In the meantime, Khorasan Razavi’s Governor General Alireza Rashidian defended the musicians and their audience by saying, “If there’s a law that bans concerts in this province let us know…this contradictory situation cannot go on.”

The situation has made many discern a trace of federal thinking which regards Khorasan Razavi separately from the rest of Iran as a country with a central government according to the law.