Three Palestinians were wounded early on Tuesday as Israel carried out three air strikes on Hamas-run Gaza in response to rocket fire from the enclave, witnesses, medics and the army said, AFP reported.

Two of the raids struck smuggling tunnels on the border between Gaza and Egypt and one hit east of Gaza City, witnesses and medics said. The three wounded were caught in the tunnels' strikes, medics said, "France 24" reported.

An army spokesman said the air strikes were carried out in response to two rockets that were fired from the territory late on Monday, without causing injuries or damage.

He said the strike near Gaza City targeted a "weapons manufacturing facility."

It marked the latest violence along Gaza's border, which has been mostly quiet since a war that Israel launched on Hamas in Gaza on December 27 in response to rocket fire ended with mutual ceasefires on January 18.

The ceasefires have largely held despite violations by both sides.

Since Israel and Egypt sealed Gaza off to all but basic goods following the Islamist movement Hamas's seizure of the territory in June 2007, a vast trade in goods through hundreds of tunnels has developed along the border.

More than 130 Palestinians have died in cave-ins or been killed by Israeli operations targeting the network since the Hamas takeover of Gaza, medics say. 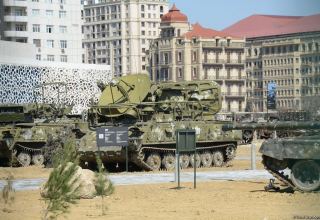