Turkish Minister of Science, Industry and Technology Faruk Ozlu unveiled the photos of Turkey’s first domestically made railgun on his Twitter page.

The railgun, dubbed SAPAN, which means ‘sling’ in Turkish, was designed by TUBITAK SAGE (Defense Industries Research and Development Institute) for the country’s air defense system. 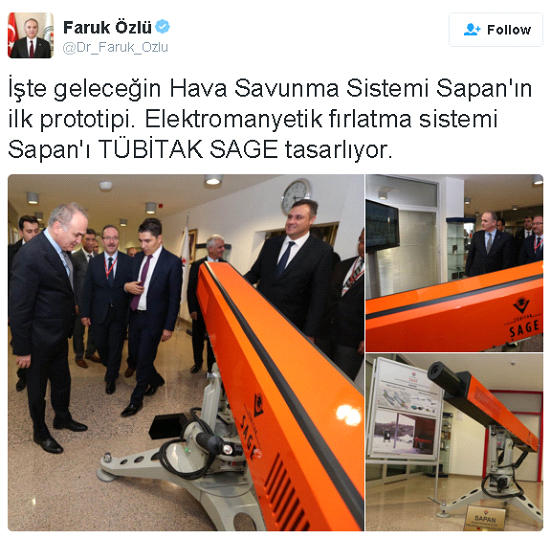 A railgun uses a pair of parallel conductors, or rails, along which a sliding armature is accelerated by the electromagnetic effects of a current that flows down one rail, into the armature and then back along the other rail.