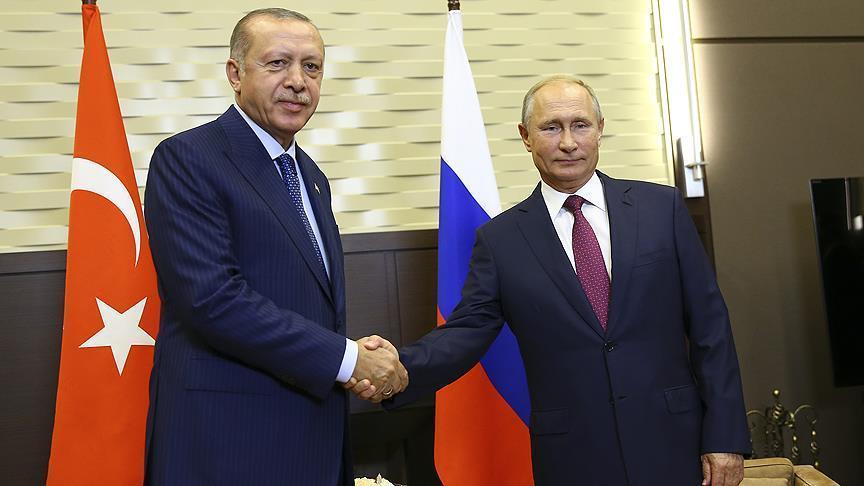 Turkish President Recep Tayyip Erdogan and his Russian counterpart Vladimir Putin on Thursday discussed the latest developments regarding the war in Ukraine during a phone call in which the Turkish president pressed the Russian leader to take steps to reduce tensions in Ukraine and urged him to extend a deal protecting Black Sea grains exports, Trend reports citing Daily Sabah.

According to a statement by Türkiye's Communications Directorate, Erdoğan reiterated Türkiye's willingness to play a facilitator role to help end the war in Ukraine and called on Putin to give negotiations with Ukraine another chance.

In the phone talk with his Russian counterpart, Erdoğan expressed his satisfaction with the successful Moscow-Kyiv prisoner swap as well as the functionality of the Istanbul deal on grain exports.